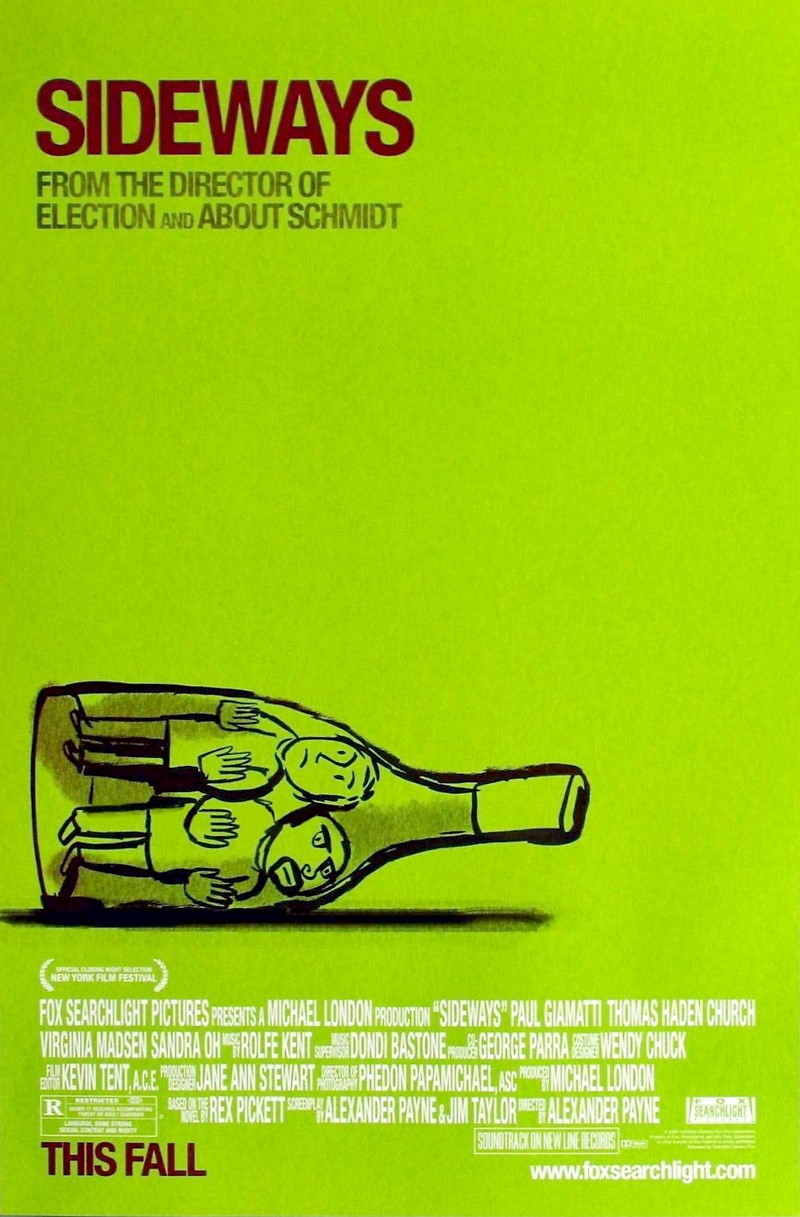 DVD: Sideways DVD release date is set for April 5, 2005. Dates do change so check back often as the release approaches.

Blu-ray: Sideways Blu-ray will be available the same day as the DVD. Blu-ray and DVD releases are typically released around 12-16 weeks after the theatrical premiere.

Digital: Sideways digital release from Amazon Video and iTunes will be available 1-2 weeks before the Blu-ray, DVD, and 4K releases. The estimate release date is March 2005. We will update this page with more details as they become available. The movie has been out for around since its theatrical release.

Miles Raymond wants more out of life, but he doesn’t know how to get what he wants. Facing rejection after rejection when it comes to his writing, he agrees to spend a week touring the wine country in California with his best friend Jack. The trip takes place the week before Jack’s marriage, and Miles promises the other man’s future wife that he will look after him. Though Miles loves wine and the finer things in life, Jack seemingly only cares about enjoying his last little bit of freedom. When the two arrive at a winery, Jack arranges a double date for the two. While Miles looks forward to the date, he also wants to make sure that his friend doesn’t do something he regrets. That simple date sets up the premise for the film, as Miles finds himself in trouble thanks to the actions of his friend. As the story unfolds, viewers begin wondering if Miles will ever find the happiness he deserves and if Jack will ever receive the comeuppance that he needs.

Sideways DVD/Blu-ray is rated R. R stands for ‘Restricted’, which means children under 17 require accompanying parent or adult guardian. The movie contains some adult material and parents are urged to learn more about the movie.

The movie currently has a 7.8 out of 10 IMDb rating and 94 Metascore on Metacritic. We will continue to add and update review scores.