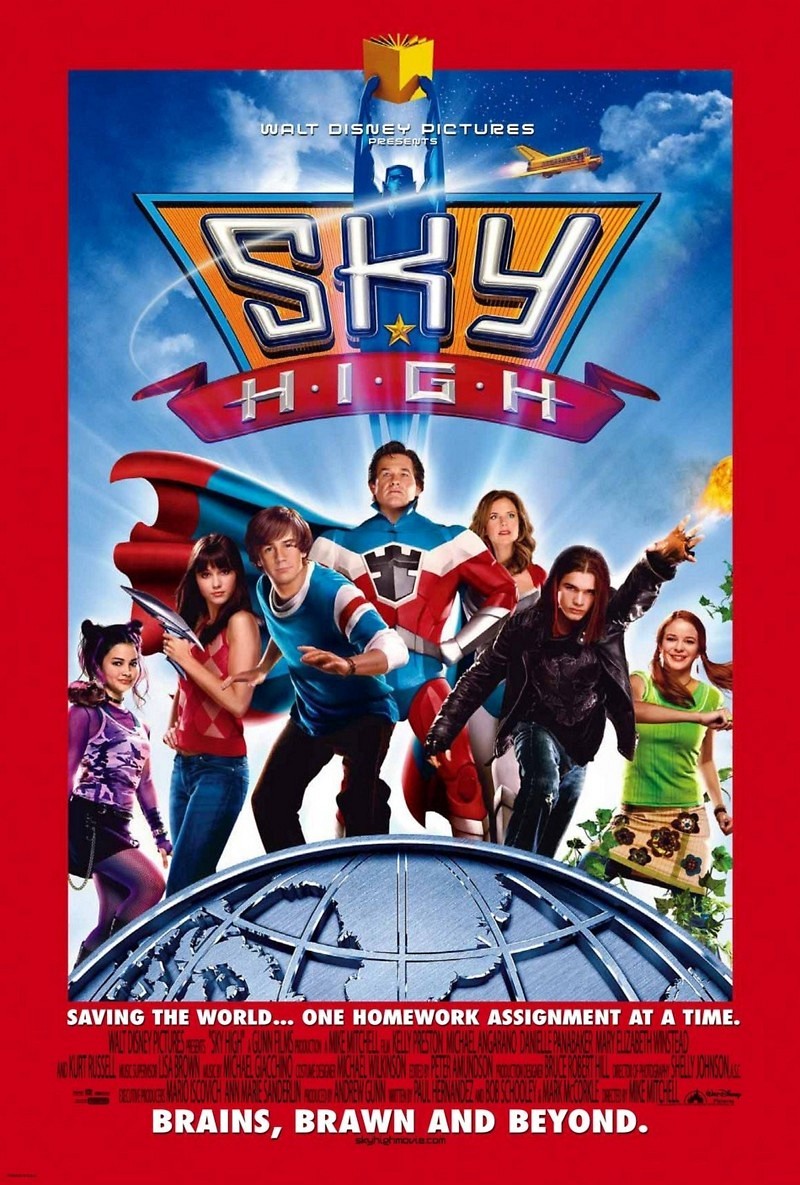 DVD: Sky High DVD release date is set for November 29, 2005. Dates do change so check back often as the release approaches.

Blu-ray: Sky High Blu-ray will be available the same day as the DVD. Blu-ray and DVD releases are typically released around 12-16 weeks after the theatrical premiere.

Digital: Sky High digital release from Amazon Video and iTunes will be available 1-2 weeks before the Blu-ray, DVD, and 4K releases. The estimate release date is November 2005. We will update this page with more details as they become available. The movie has been out for around since its theatrical release.

Being a freshman in high school is bad enough. Being a freshman at Sky High where your parents are legendary makes it a nightmare. Will Stronghold, son of the famous Superheroes Jetstream and The Commander, fails the Power Placement entrance exam due to dormant superpowers. His best chance at this point of getting them is a toxic waste accident, which seems rather extreme to Will. How does the son of the city’s superheroes tell his parents he’s a Sidekick at school? Can Will deal with normal freshman angst and the sudden appearance of his superpowers? Can he and his Sidekick pals survive battling Super Villain Royal Pain to save his parents and the other superheroes? Can he prove Sidekicks are Heroes as well?

The movie currently has a 6.6 out of 10 IMDb rating and 62 Metascore on Metacritic. We will continue to add and update review scores.