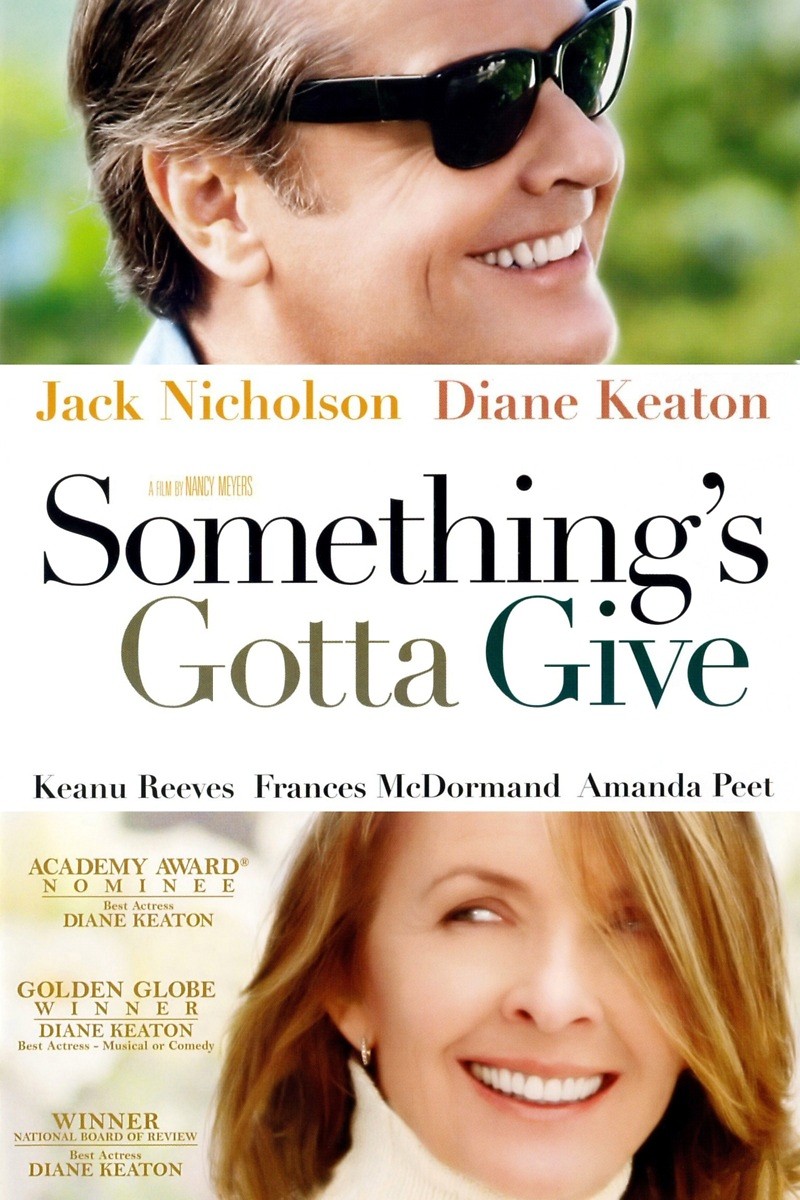 DVD: Something’s Gotta Give DVD release date is set for March 30, 2004. Dates do change so check back often as the release approaches.

Blu-ray: Something’s Gotta Give Blu-ray will be available the same day as the DVD. Blu-ray and DVD releases are typically released around 12-16 weeks after the theatrical premiere.

Digital: Something’s Gotta Give digital release from Amazon Video and iTunes will be available 1-2 weeks before the Blu-ray, DVD, and 4K releases. The estimate release date is March 2004. We will update this page with more details as they become available. The movie has been out for around since its theatrical release.

Jack Nicholson stars in the romantic comedy “Something’s Gotta Give” as perpetual womanizer Harry Sanborn. Always going after younger women, he is surprised to find himself falling for the mother of one of his conquests. That woman is playwright Erica Barry, who’s been through her share of heartaches and is very wary of his advances, though she can’t deny an attraction. This film caters more to older audiences who can relate to the issues Harry and Erica face. There’s an added layer of humor because Erica is a playwright, so many of the events return later in stylized form when the ordeal leaves her with her strongest writing inspiration in years. While Harry is a scoundrel and Erica is icy, their dynamic is very entertaining.

Something’s Gotta Give DVD/Blu-ray is rated PG-13. Parents are urged to be cautious. Some material may be inappropriate for pre-teenagers (under 13).

The movie currently has a 6.8 out of 10 IMDb rating and 66 Metascore on Metacritic. We will continue to add and update review scores.