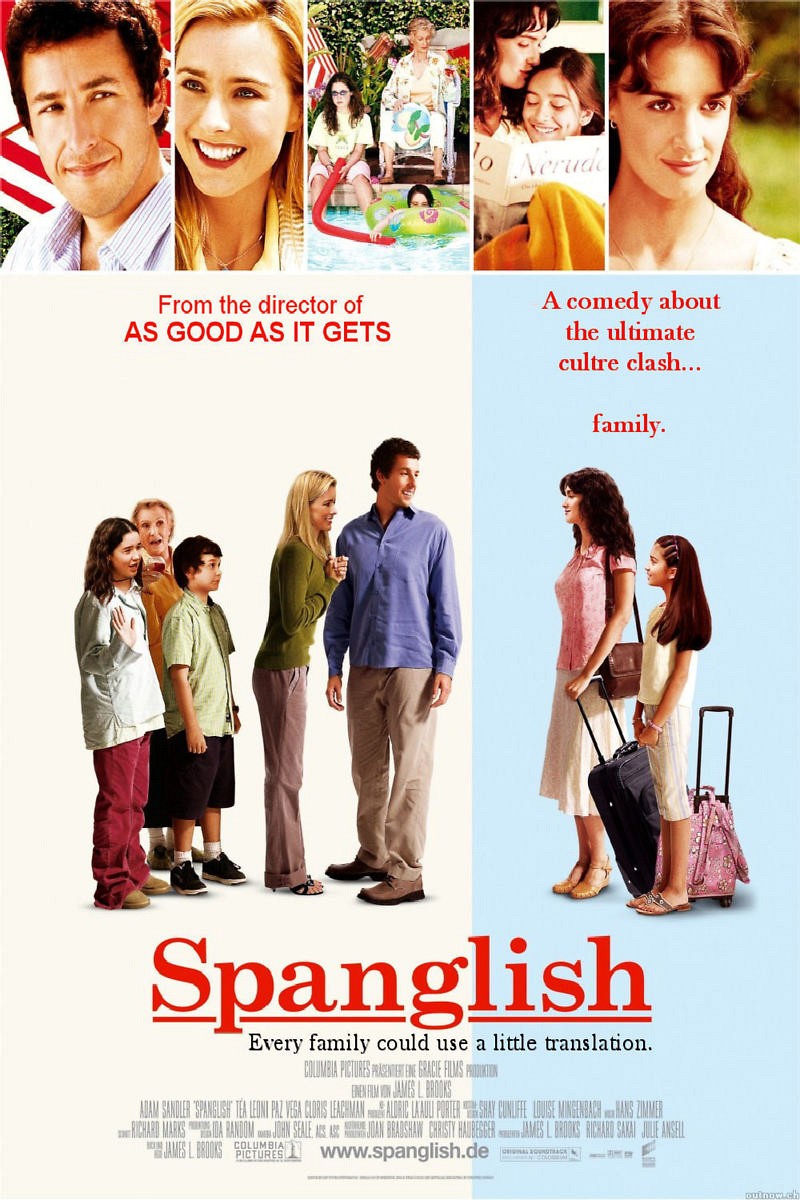 DVD: Spanglish DVD release date is set for April 5, 2005. Dates do change so check back often as the release approaches.

Blu-ray: Spanglish Blu-ray will be available the same day as the DVD. Blu-ray and DVD releases are typically released around 12-16 weeks after the theatrical premiere.

Digital: Spanglish digital release from Amazon Video and iTunes will be available 1-2 weeks before the Blu-ray, DVD, and 4K releases. The estimate release date is March 2005. We will update this page with more details as they become available. The movie has been out for around since its theatrical release.

When Flor Moreno emigrates to the United States from Mexico with her daughter Christina, she gets a job as a housekeeper with the family of John Clasky–a high-end chef in Los Angeles. Clasky lives in an upscale home with his wife, Deborah, two daughters, and his mother-in-law. Flor does her best to help the trouble Clasky family with more than just housekeeping needs and she and Christina move in with them for the summer. Since Flor speaks no English, Christina must serve as a translator. Clasky’s brilliant career begins to crumble a midst the brewing troubles at home with conflicts between his insecure wife, Flor, and daughters vying for each woman’s attention.

Spanglish DVD/Blu-ray is rated PG-13. Parents are urged to be cautious. Some material may be inappropriate for pre-teenagers (under 13).

The movie currently has a 6.7 out of 10 IMDb rating and 48 Metascore on Metacritic. We will continue to add and update review scores.