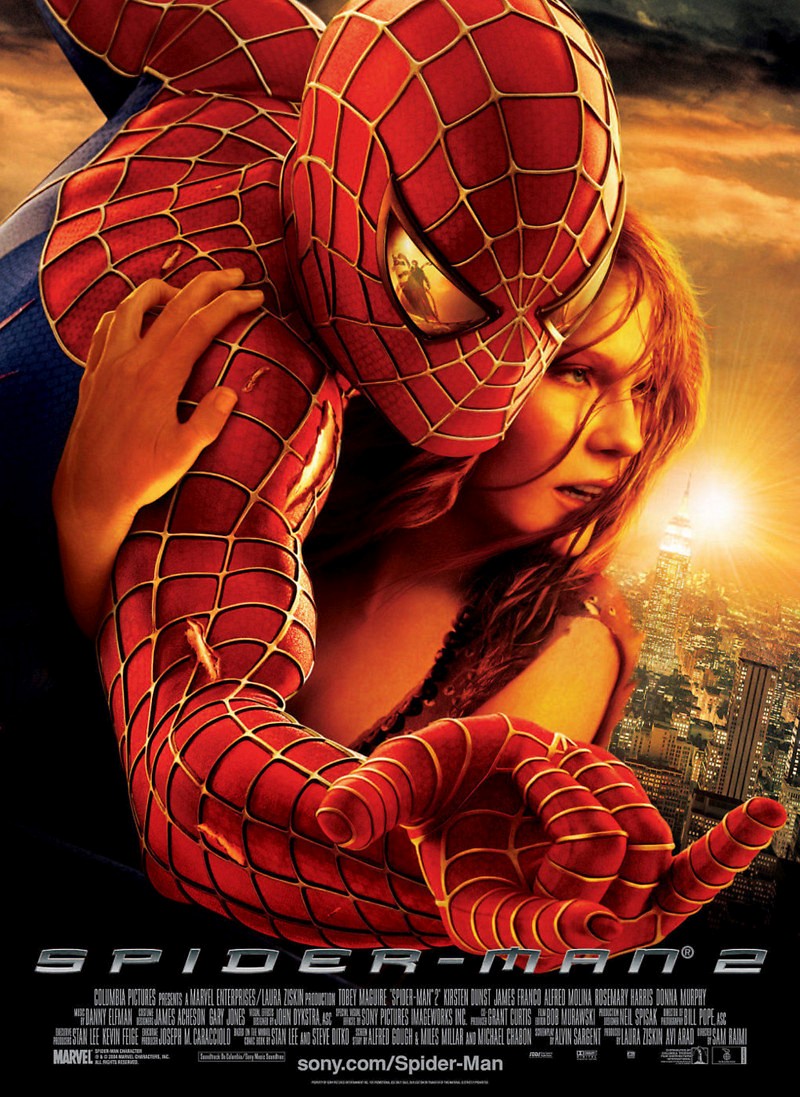 DVD: Spider-Man 2 DVD release date is set for November 30, 2004. Dates do change so check back often as the release approaches.

Blu-ray: Spider-Man 2 Blu-ray will be available the same day as the DVD. Blu-ray and DVD releases are typically released around 12-16 weeks after the theatrical premiere.

Digital: Spider-Man 2 digital release from Amazon Video and iTunes will be available 1-2 weeks before the Blu-ray, DVD, and 4K releases. The estimate release date is November 2004. We will update this page with more details as they become available. The movie has been out for around since its theatrical release.

Tobey Maguire returns to play the webbed hero in Spiderman 2. The second installment of the venerable film franchise presents problems of balance and personal loss. If this was not enough, Doctor Octopus arises to become the next super villain to challenge Spiderman. Real life and crime fighting are exhausting Peter Parker. Mary Jane senses that he is not telling her something. When Peter no shows for her first stage performance, she pulls the plug on their relationship. This loss is unbearable and he gives up on being his alter ego. Doctor Octopus arrives on the scene causing mayhem to his beloved city. The decisions on whether to become Spiderman again and how to handle this new foe is what Peter Parker must decide.

Spider-Man 2 DVD/Blu-ray is rated PG-13. Parents are urged to be cautious. Some material may be inappropriate for pre-teenagers (under 13).

The movie currently has a 7.7 out of 10 IMDb rating and 83 Metascore on Metacritic. We will continue to add and update review scores.