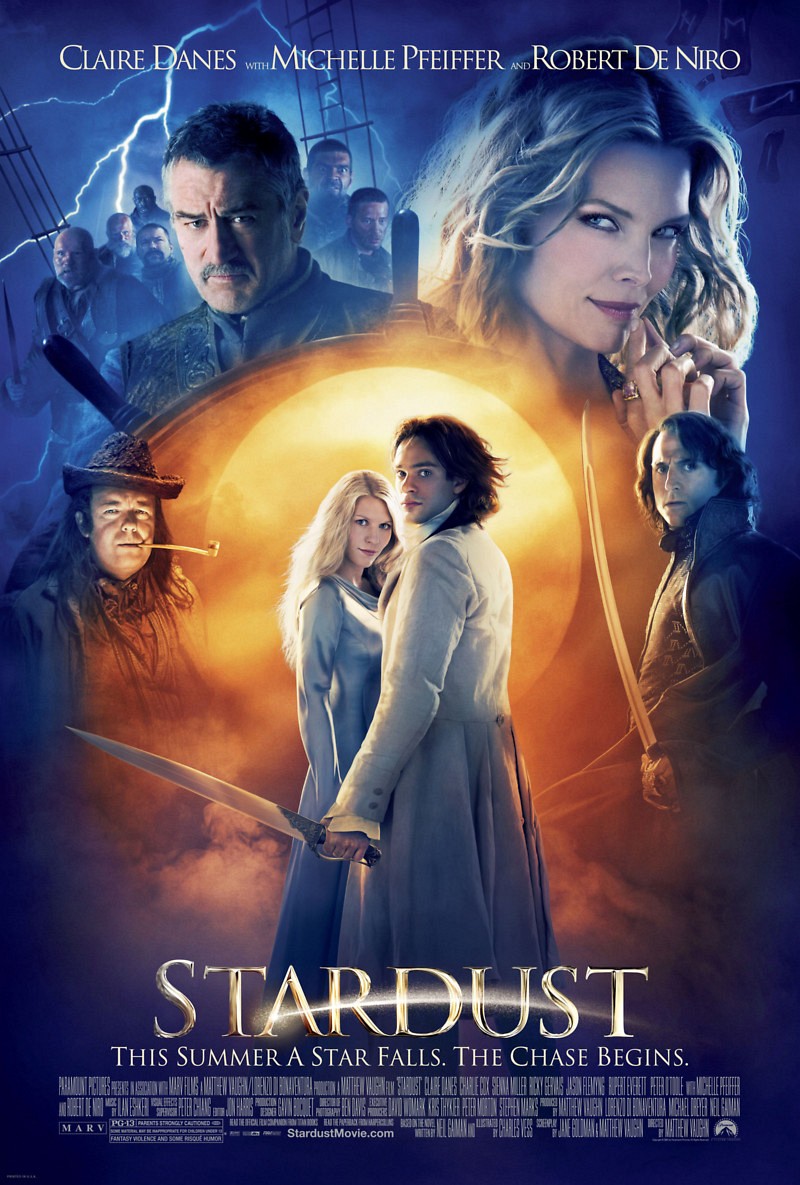 DVD: Stardust DVD release date is set for December 18, 2007. Dates do change so check back often as the release approaches.

Blu-ray: Stardust Blu-ray will be available the same day as the DVD. Blu-ray and DVD releases are typically released around 12-16 weeks after the theatrical premiere.

Digital: Stardust digital release from Amazon Video and iTunes will be available 1-2 weeks before the Blu-ray, DVD, and 4K releases. The estimate release date is December 2007. We will update this page with more details as they become available. The movie has been out for around since its theatrical release.

Based on the novel by Neil Gaiman, “Stardust” is a fairy tale with a modern spin. Handsome Tristan aspires to win the favor of pretty but vapid Victoria by retrieving a fallen star that lands behind their village wall, a wall that protects the villagers from the unearthly forces beyond. Yvaine is the stunning human embodiment of that fallen star, radiant and unknowingly the solution to a multitude of quests. Vowing to protect Yvaine, the two evade royal heirs competing for the crown and the cunning witch Lamia, who seeks the star’s heart to prolong her life and restore her faded beauty. The sky pirate Captain Shakespeare aids Tristan and Yvaine on their journey, as good eventually triumphs over evil and unexpected love takes bloom.

Stardust DVD/Blu-ray is rated PG-13. Parents are urged to be cautious. Some material may be inappropriate for pre-teenagers (under 13).

The movie currently has a 7.9 out of 10 IMDb rating and 66 Metascore on Metacritic. We will continue to add and update review scores.