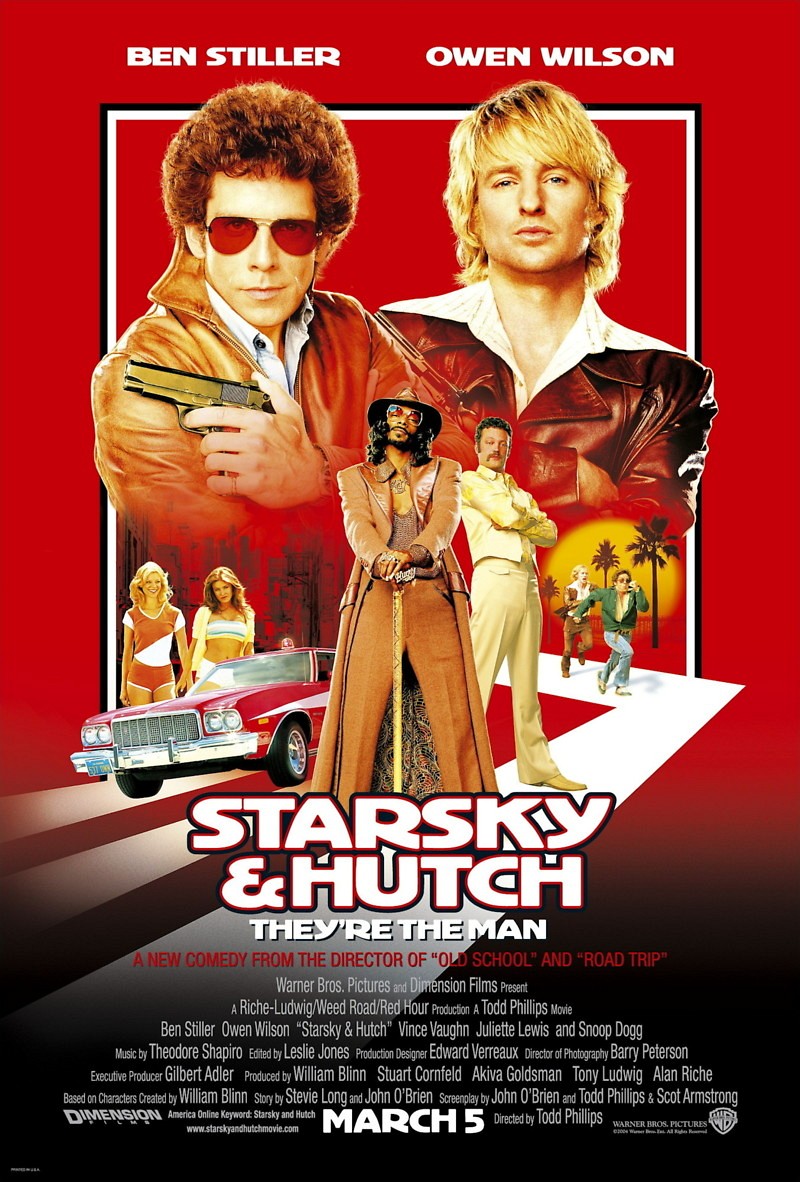 DVD: Starsky & Hutch DVD release date is set for July 20, 2004. Dates do change so check back often as the release approaches.

Blu-ray: Starsky & Hutch Blu-ray will be available the same day as the DVD. Blu-ray and DVD releases are typically released around 12-16 weeks after the theatrical premiere.

Digital: Starsky & Hutch digital release from Amazon Video and iTunes will be available 1-2 weeks before the Blu-ray, DVD, and 4K releases. The estimate release date is July 2004. We will update this page with more details as they become available. The movie has been out for around since its theatrical release.

1975 in “Bay City,” a legendary crime fighting duo is born — police detectives Dave Starsky and Ken “Hutch” Hutchinson. In this comedy spoof of the wildly popular 1970’s TV show, this mismatched team fights the toughest crimes in the city from Starsky’s baby, a cherry red Ford Grand Torino. When Bay City is threatened by drug kingpin Reese Feldman and his devious new invention — a form of cocaine that can’t be traced by scent or taste — the police are hamstrung. Starsky and Hutch are “forced” to grill a couple of hot ladies for information, and through a hilarious series of misadventures, eventually put it all on the line to save the city and cement a partnership that will resonate through the ages.

Starsky & Hutch DVD/Blu-ray is rated PG-13. Parents are urged to be cautious. Some material may be inappropriate for pre-teenagers (under 13).

The movie currently has a 6.2 out of 10 IMDb rating and 55 Metascore on Metacritic. We will continue to add and update review scores.