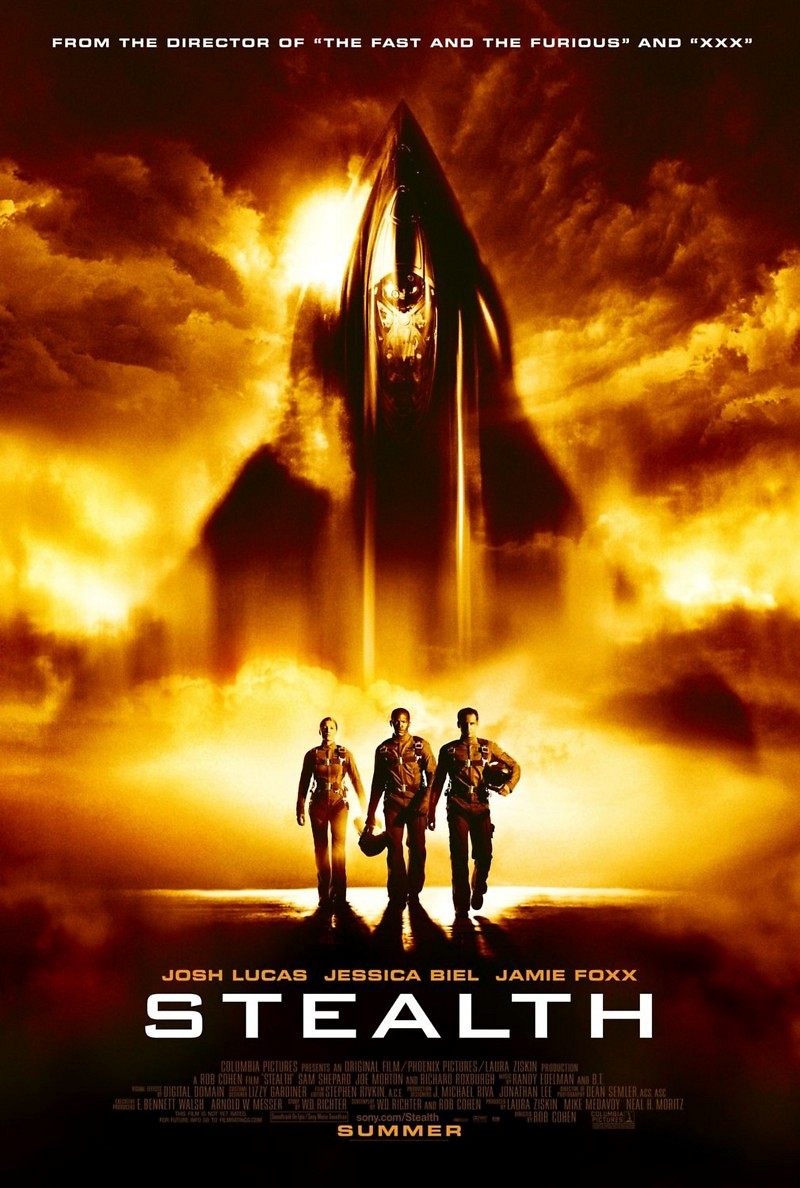 DVD: Stealth DVD release date is set for November 15, 2005. Dates do change so check back often as the release approaches.

Blu-ray: Stealth Blu-ray will be available the same day as the DVD. Blu-ray and DVD releases are typically released around 12-16 weeks after the theatrical premiere.

Digital: Stealth digital release from Amazon Video and iTunes will be available 1-2 weeks before the Blu-ray, DVD, and 4K releases. The estimate release date is November 2005. We will update this page with more details as they become available. The movie has been out for around since its theatrical release.

The Navy develops a new stealth jet equipped with a super computer capable of imitating humans. The jet is taken out to an aircraft carrier and the local soldiers, including Lt. Ben Gannon and Lt. Kara Wade, are tasked with preparing the jet for actual use. However, no one expected the jet to start behaving of its own accord, and soon Gannon and Wade must help take down this stealth jet before it leads to something terrible.

Stealth DVD/Blu-ray is rated PG-13. Parents are urged to be cautious. Some material may be inappropriate for pre-teenagers (under 13).

The movie currently has a 4.8 out of 10 IMDb rating and 35 Metascore on Metacritic. We will continue to add and update review scores.