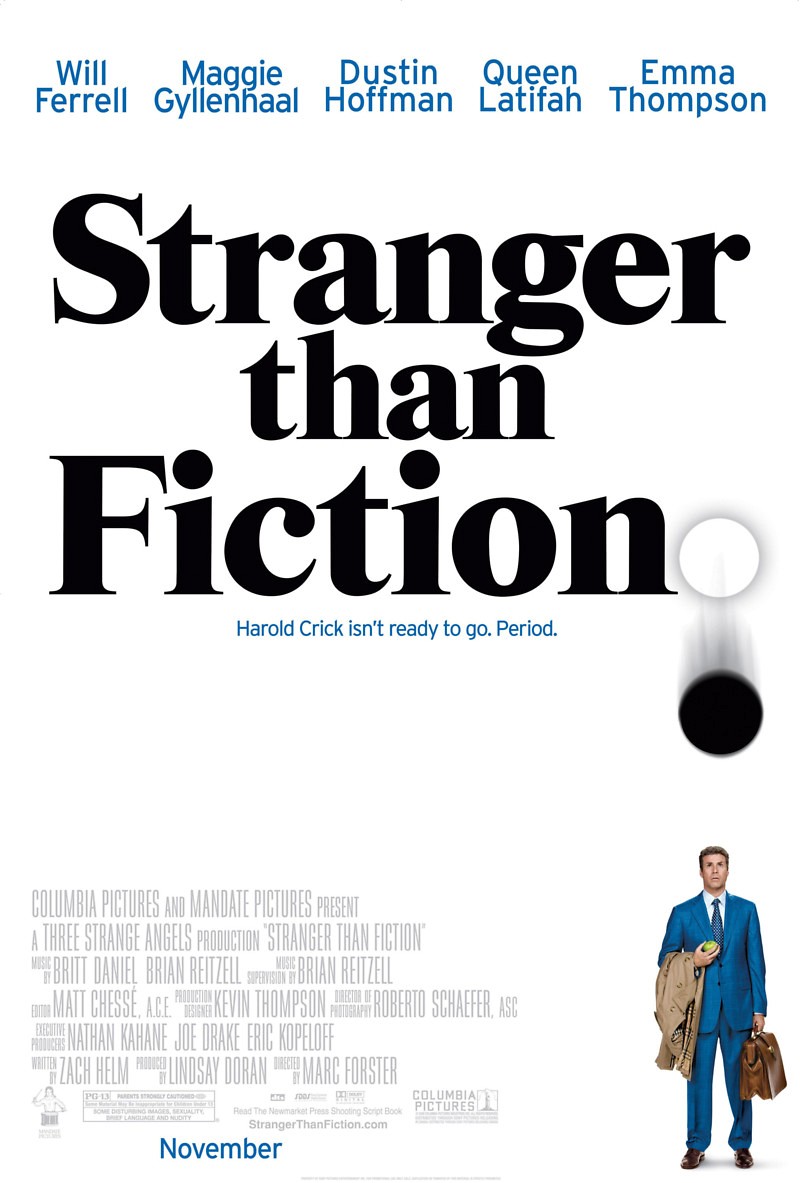 DVD: Stranger Than Fiction DVD release date is set for February 27, 2007. Dates do change so check back often as the release approaches.

Blu-ray: Stranger Than Fiction Blu-ray will be available the same day as the DVD. Blu-ray and DVD releases are typically released around 12-16 weeks after the theatrical premiere.

Digital: Stranger Than Fiction digital release from Amazon Video and iTunes will be available 1-2 weeks before the Blu-ray, DVD, and 4K releases. The estimate release date is February 2007. We will update this page with more details as they become available. The movie has been out for around since its theatrical release.

Stranger Than Fiction stars Will Ferrell, William Dick, Guy Massey, Martha Espinoza, T.J. Jagodowski. View everything you need to know about the movie below.

Harold Crick is a mild-mannered and by the book IRS employee. One day, he begins to hear the disembodied voice of a woman. The disembodied voice is narrating his life. Harold disbelieves that this voice is a hallucination and seeks the help of a literature professor. He comes to believe that he is the main character in a novel. Meanwhile, a relationship is blossoming between Harold and a baker who he has been tasked to audit.

Stranger Than Fiction DVD/Blu-ray is rated PG-13. Parents are urged to be cautious. Some material may be inappropriate for pre-teenagers (under 13).

The movie currently has a 7.8 out of 10 IMDb rating and 67 Metascore on Metacritic. We will continue to add and update review scores.