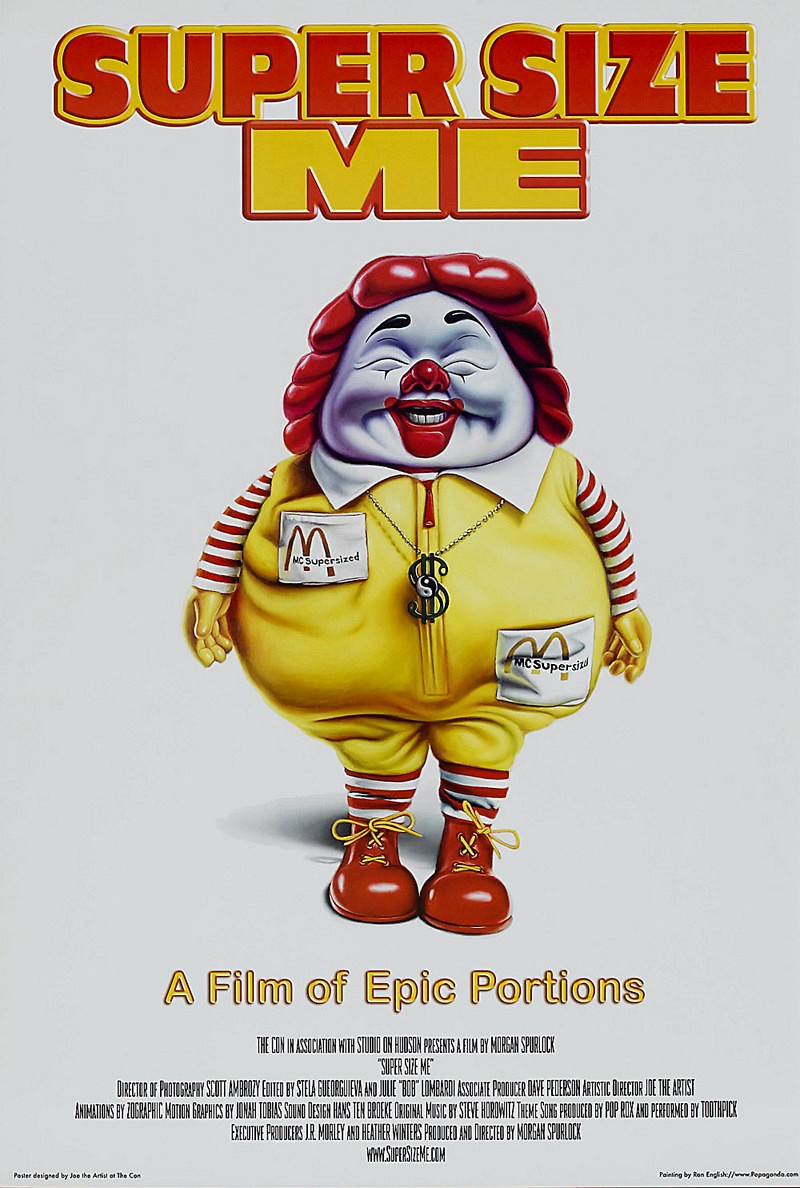 DVD: Super Size Me DVD release date is set for September 28, 2004. Dates do change so check back often as the release approaches.

Blu-ray: Super Size Me Blu-ray will be available the same day as the DVD. Blu-ray and DVD releases are typically released around 12-16 weeks after the theatrical premiere.

Digital: Super Size Me digital release from Amazon Video and iTunes will be available 1-2 weeks before the Blu-ray, DVD, and 4K releases. The estimate release date is September 2004. We will update this page with more details as they become available. The movie has been out for around since its theatrical release.

Super Size Me is a documentary film that seeks to spotlight the negative effects of eating fast food from McDonald’s. The director embarks on a mission to eat at McDonald’s for a total of 30 days straight for breakfast, lunch and dinner. He must also agree to have each meal “super-sized” if the employee asks. Along the way he conducts a variety of interviews with people in the food industry at both the consumer and corporate level, and he routinely has his health monitored for any changes. He finds that the food culture of America is rather distorted and that a lot of people make it more difficult for Americans to make healthy choices. At the close of the film, McDonald’s officially does away with the option to “super-size” meals.

Super Size Me DVD/Blu-ray is rated PG-13. Parents are urged to be cautious. Some material may be inappropriate for pre-teenagers (under 13).