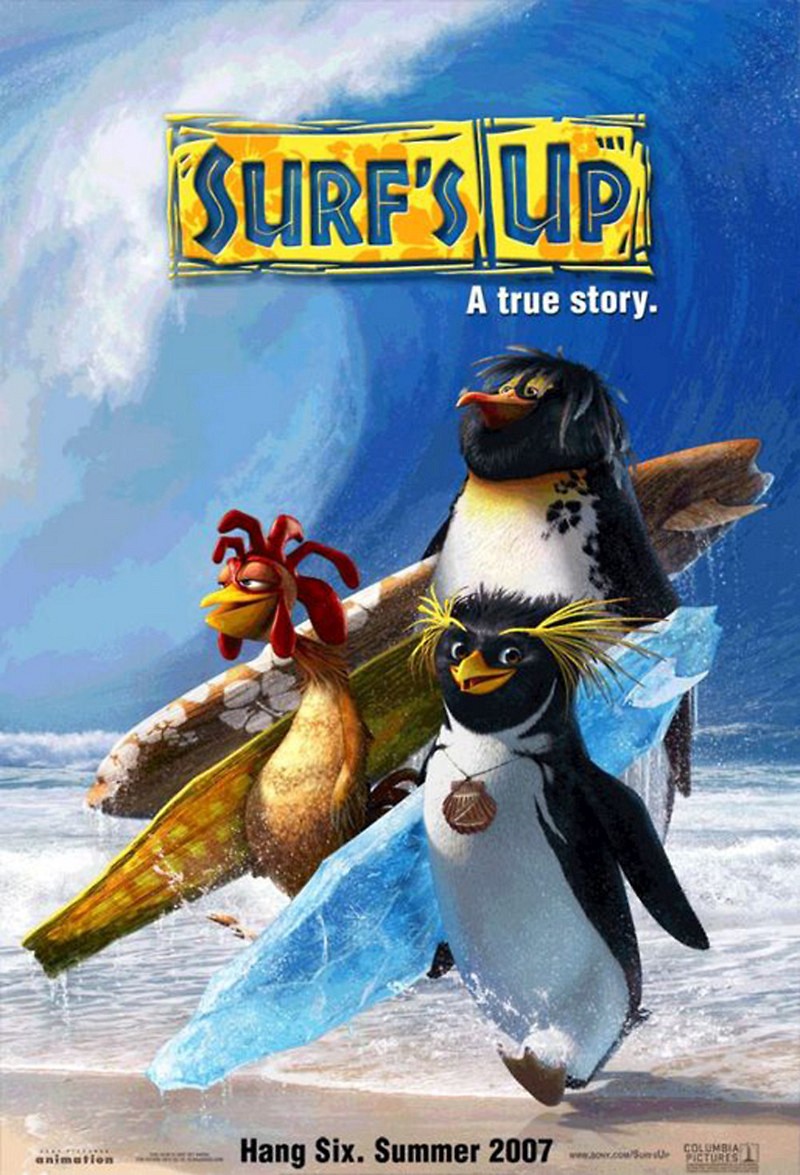 DVD: Surf’s Up DVD release date is set for October 9, 2007. Dates do change so check back often as the release approaches.

Blu-ray: Surf’s Up Blu-ray will be available the same day as the DVD. Blu-ray and DVD releases are typically released around 12-16 weeks after the theatrical premiere.

Digital: Surf’s Up digital release from Amazon Video and iTunes will be available 1-2 weeks before the Blu-ray, DVD, and 4K releases. The estimate release date is September 2007. We will update this page with more details as they become available. The movie has been out for around since its theatrical release.

Surf’s Up stars Shia LaBeouf, Jeff Bridges, Zooey Deschanel, Jon Heder, James Woods. View everything you need to know about the movie below.

Follow the trials and tribulations of up-and-coming surfer Cody Maverick as he participates in the annual Penguin World Surfing Championship in this animated comedy. The teenage rocker penguin is determined to win the championship in honor of his idol and hero, the legendary “Big Z.” The competition is intense and the humor is uplifting as Cody Maverick learns life lessons throughout his adventure attempting to rise to the top. Filmed in documentary style, viewers get a behind-the-scenes look at the intense world of surfing while enjoying a healthy dose of comedic relief and unique characters.

The movie currently has a 7 out of 10 IMDb rating and 64 Metascore on Metacritic. We will continue to add and update review scores.