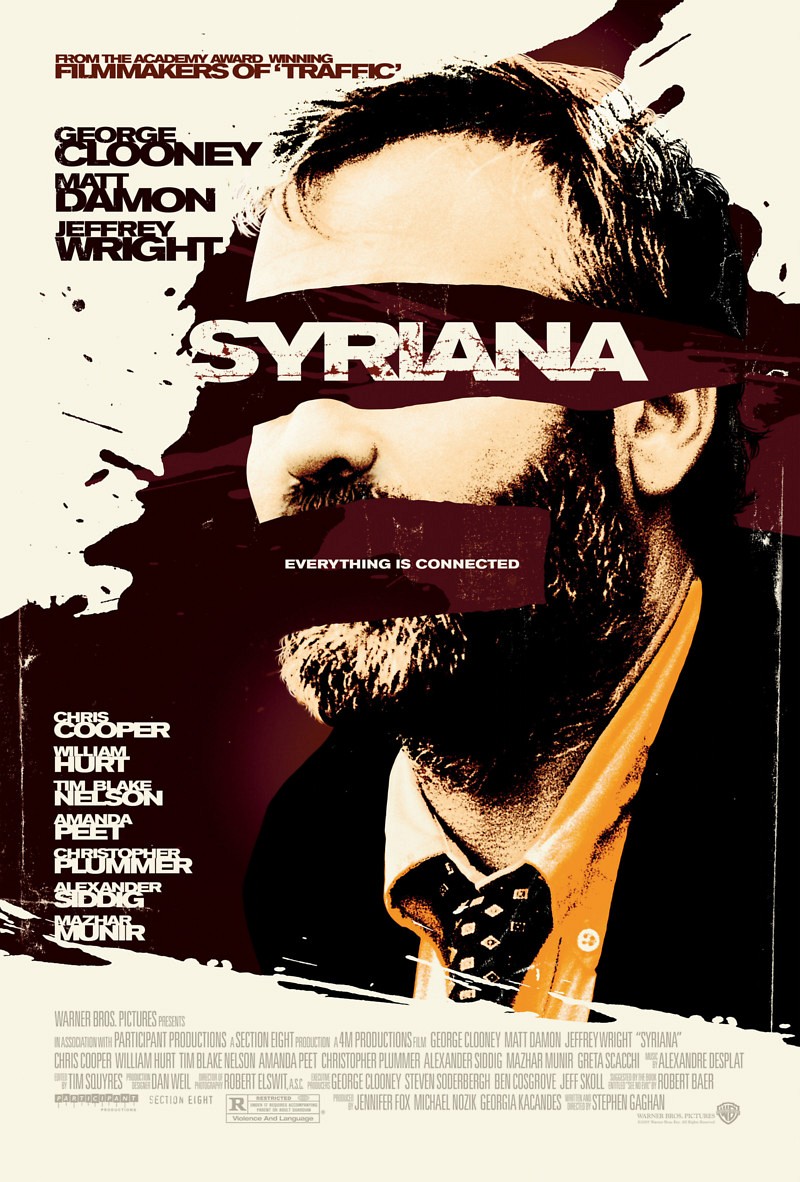 DVD: Syriana DVD release date is set for June 20, 2006. Dates do change so check back often as the release approaches.

Blu-ray: Syriana Blu-ray will be available the same day as the DVD. Blu-ray and DVD releases are typically released around 12-16 weeks after the theatrical premiere.

Digital: Syriana digital release from Amazon Video and iTunes will be available 1-2 weeks before the Blu-ray, DVD, and 4K releases. The estimate release date is June 2006. We will update this page with more details as they become available. The movie has been out for around since its theatrical release.

The United States is not happy when they look as though they may be losing out to China on drilling rights in some significant Middle Eastern oil fields. A big U.S. energy company called Connex is worried about its loss of productivity and decides to merge with a company called Killen. The Justice department, the CIA and the law firms of the oil companies play games of cat and mouse in a plot involving suspected bribery, corruption and oil influenced politics.

Syriana DVD/Blu-ray is rated R. R stands for ‘Restricted’, which means children under 17 require accompanying parent or adult guardian. The movie contains some adult material and parents are urged to learn more about the movie.

The movie currently has a 7.1 out of 10 IMDb rating and 76 Metascore on Metacritic. We will continue to add and update review scores.