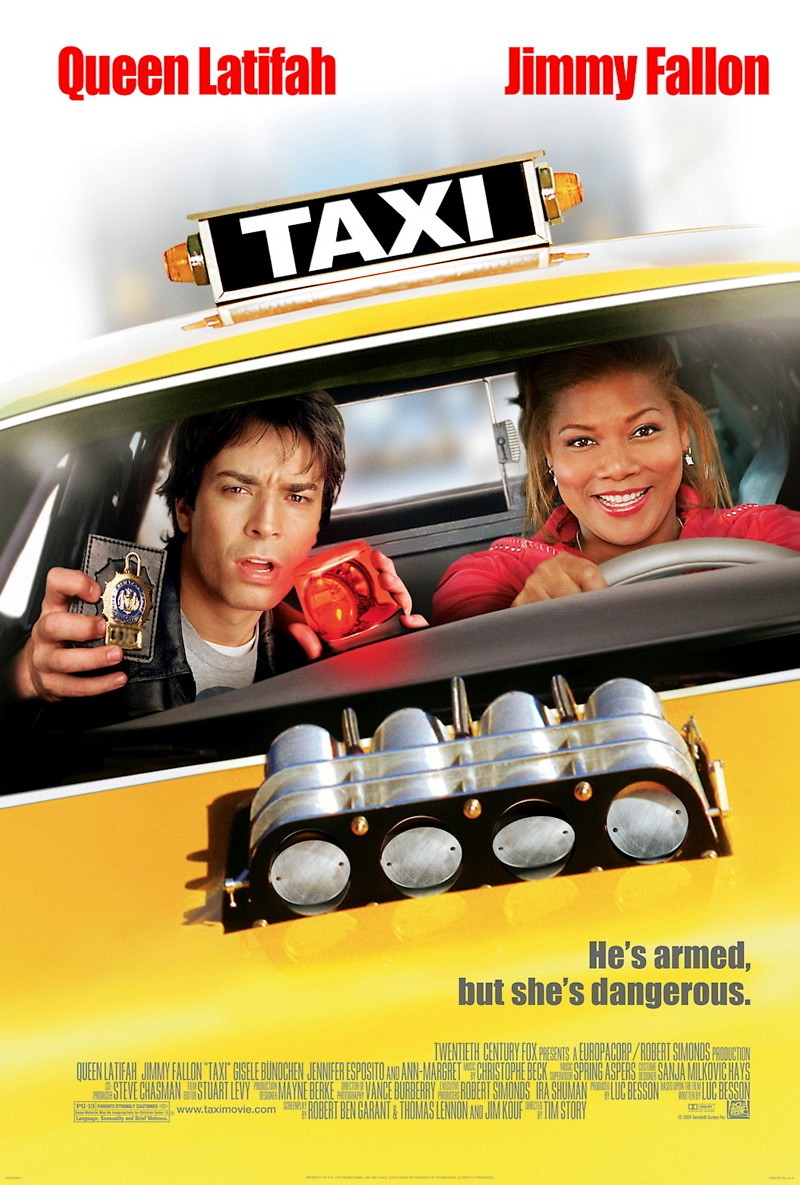 DVD: Taxi DVD release date is set for February 15, 2005. Dates do change so check back often as the release approaches.

Blu-ray: Taxi Blu-ray will be available the same day as the DVD. Blu-ray and DVD releases are typically released around 12-16 weeks after the theatrical premiere.

Digital: Taxi digital release from Amazon Video and iTunes will be available 1-2 weeks before the Blu-ray, DVD, and 4K releases. The estimate release date is February 2005. We will update this page with more details as they become available. The movie has been out for around since its theatrical release.

Belle Williams is an aspiring race car driver. Unfortunately, the only job she can get behind the wheel is piloting a New York City cab. While she’s got real skills, her passion for speed often gets her in trouble with the law. Andy Washburn is an accident-prone rookie cop on the trail of a gang of Brazilian bank robbers. While he’s sure he’s just a few moves away from nabbing the devious criminals, he has one big problem: his driver’s license has been suspended. Andy gets the brilliant idea that teaming up with Belle will solve both of their problems. He’ll have the high-speed transportation he needs to close the case and she’ll have the opportunity to put her driving skills to the test.

Taxi DVD/Blu-ray is rated PG-13. Parents are urged to be cautious. Some material may be inappropriate for pre-teenagers (under 13).

The movie currently has a 4.2 out of 10 IMDb rating and 27 Metascore on Metacritic. We will continue to add and update review scores.