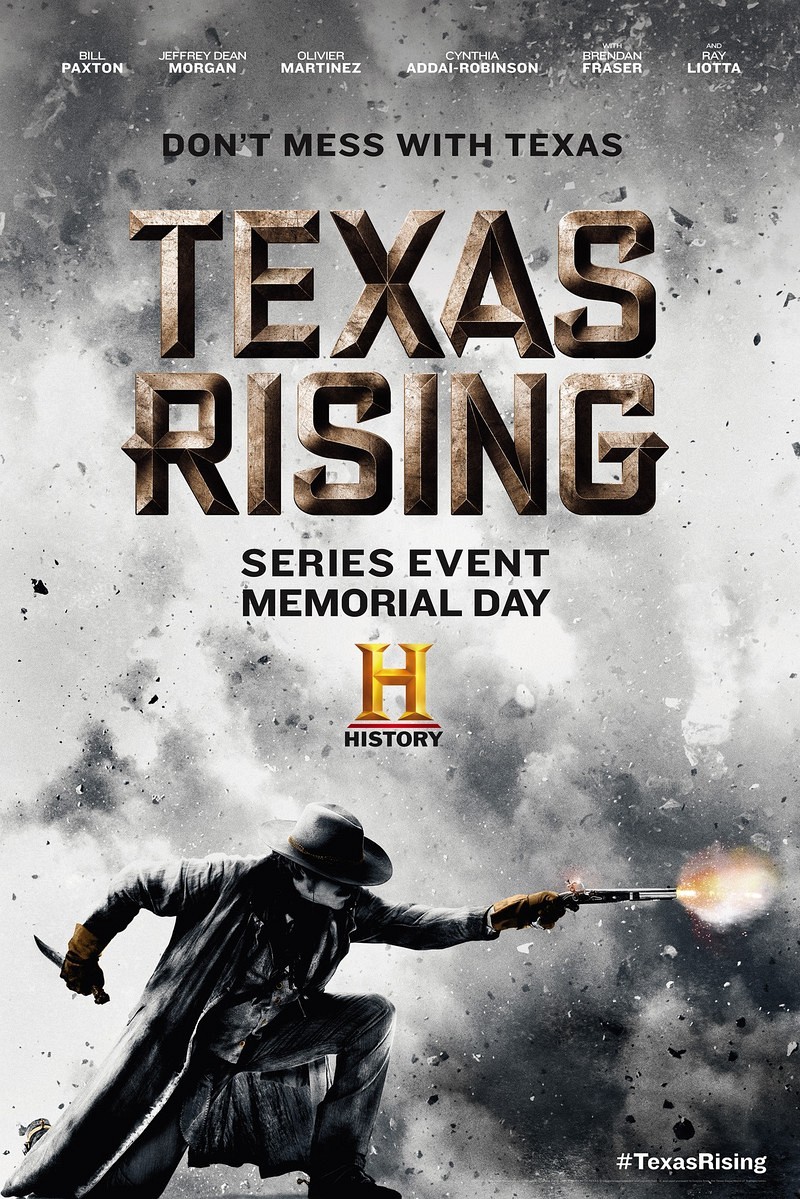 DVD: Texas Rising DVD release date is set for September 1, 2015. Dates do change so check back often as the release approaches.

Blu-ray: Texas Rising Blu-ray will be available the same day as the DVD. Blu-ray and DVD releases are typically released around 12-16 weeks after the theatrical premiere.

Digital: Texas Rising digital release from Amazon Video and iTunes will be available 1-2 weeks before the Blu-ray, DVD, and 4K releases. The estimate release date is August 2015. We will update this page with more details as they become available. The movie has been out for around since its theatrical release.

Texas Rising stars Bill PaxtonJeffrey Dean MorganOlivier Martinez. View everything you need to know about the movie below.

The fight is on for Texas independence. Men from all parts of the republic are gathering to take on the powerful Mexican army under General Santa Ana. Among these fighters is Sam Houston, who leads a band of Texas Rangers. Once the Mexicans are defeated at the Battle of San Jacinto to end the war, another battle begins. It is the battle to shape the newly independent Republic of Texas, and Houston and his Rangers will play a critical role in Texas’s future.

Texas Rising DVD/Blu-ray is rated N/A. The age rating is not available for this movie yet. As a general parental guide, parents should assume the material may be inappropriate for children under 13.

The movie currently has a 6.6 out of 10 IMDb rating and N/A Metascore on Metacritic. We will continue to add and update review scores.