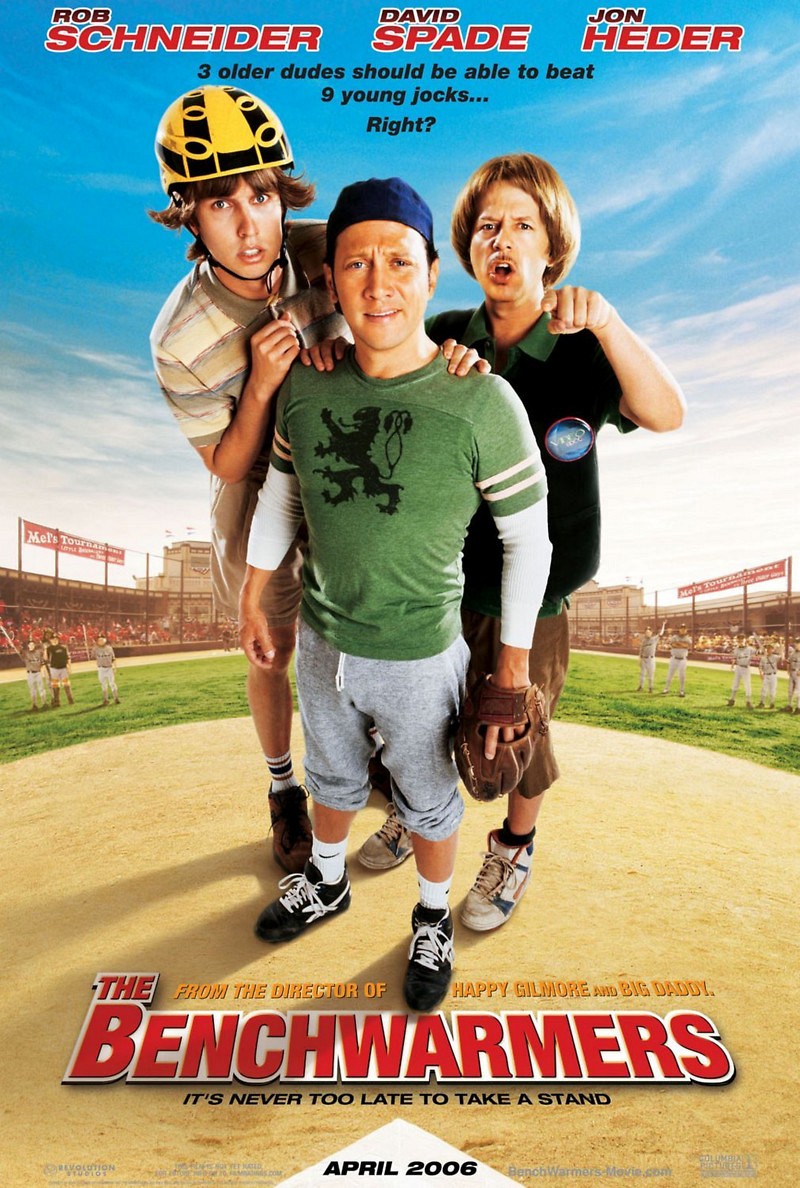 DVD: The Benchwarmers DVD release date is set for July 25, 2006. Dates do change so check back often as the release approaches.

Blu-ray: The Benchwarmers Blu-ray will be available the same day as the DVD. Blu-ray and DVD releases are typically released around 12-16 weeks after the theatrical premiere.

Digital: The Benchwarmers digital release from Amazon Video and iTunes will be available 1-2 weeks before the Blu-ray, DVD, and 4K releases. The estimate release date is July 2006. We will update this page with more details as they become available. The movie has been out for around since its theatrical release.

The Benchwarmers stars Rob Schneider, David Spade, Jon Heder, Jon Lovitz, Craig Kilborn. View everything you need to know about the movie below.

A sporting comedy at its finest takes viewers on a hilarious adventure as three guys try to make up for missing out on baseball as children by starting their own small team to compete against typical children’s baseball league teams. Sick of being bullied their whole lives, they decide to take on one of the reputed meanest children’s teams that exists. Full of hilarious adventures and unique scenarios, this comedy takes bullying and sporting to a whole new level as the unusual team gains outstanding fan support and some victories along the way.

The Benchwarmers DVD/Blu-ray is rated PG-13. Parents are urged to be cautious. Some material may be inappropriate for pre-teenagers (under 13).