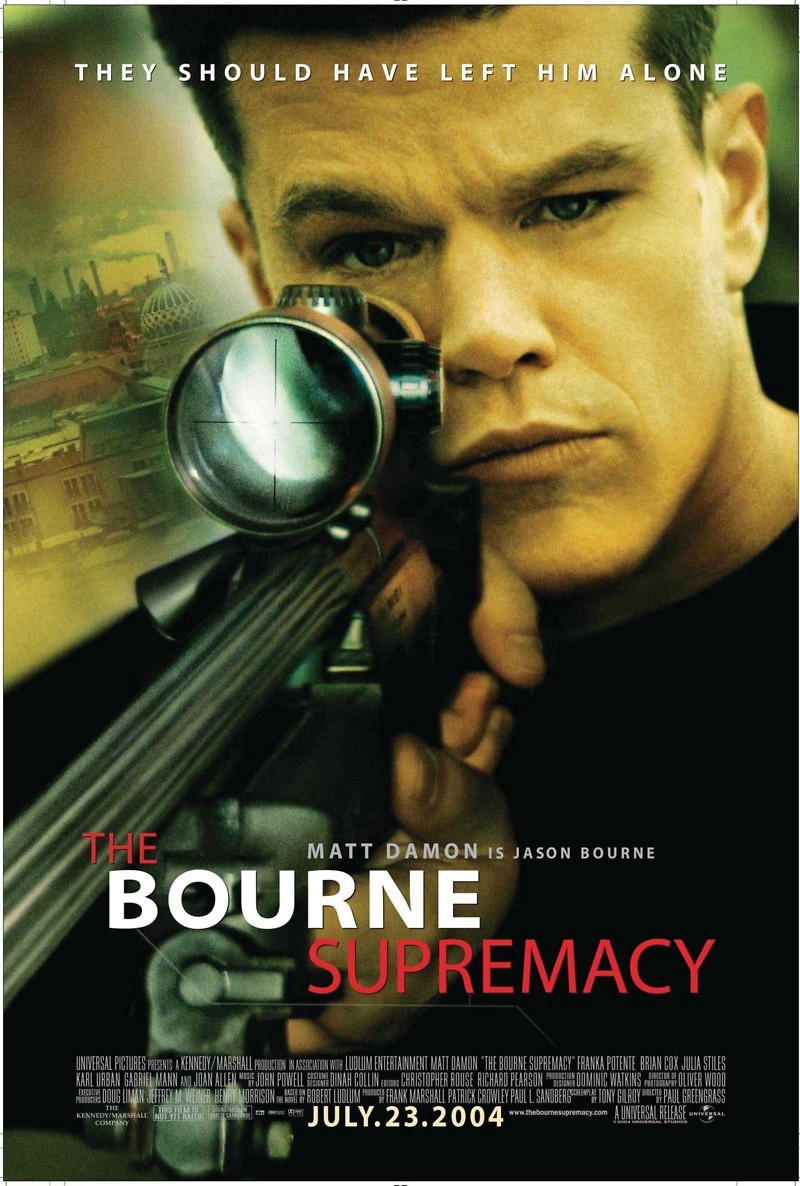 DVD: The Bourne Supremacy DVD release date is set for August 22, 2006. Dates do change so check back often as the release approaches.

Blu-ray: The Bourne Supremacy Blu-ray will be available the same day as the DVD. Blu-ray and DVD releases are typically released around 12-16 weeks after the theatrical premiere.

Digital: The Bourne Supremacy digital release from Amazon Video and iTunes will be available 1-2 weeks before the Blu-ray, DVD, and 4K releases. The estimate release date is August 2006. We will update this page with more details as they become available. The movie has been out for around since its theatrical release.

Just when he thought things were going to settle down, Jason Bourne, played by Matt Damon, is forced to return to a life on the run. In this sequel to the smash hit “The Bourne Identity,” Bourne and his girlfriend Marie have settled into a quiet life, but Bourne still deals with disorienting flashbacks. When a failed assassination attempt on his life tears his world apart, Bourne and Marie are forced back on the road, trying to escape his Treadstone past. When Marie is killed, Bourne decides it’s time to fight back and puts back into practice all of the CIA training he has tried to escape so he can be free once and for all.

The Bourne Supremacy DVD/Blu-ray is rated PG-13. Parents are urged to be cautious. Some material may be inappropriate for pre-teenagers (under 13).

The movie currently has a 7.6 out of 10 IMDb rating and 73 Metascore on Metacritic. We will continue to add and update review scores.