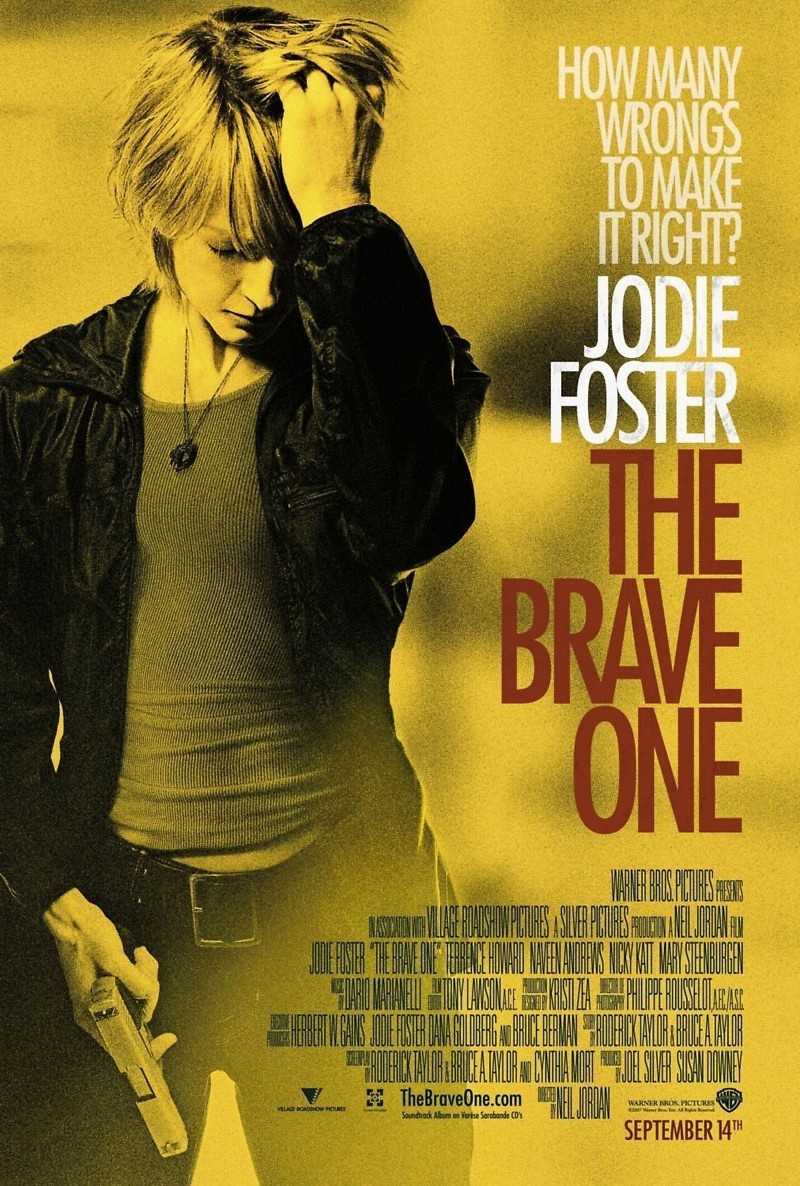 DVD: The Brave One DVD release date is set for February 5, 2008. Dates do change so check back often as the release approaches.

Blu-ray: The Brave One Blu-ray will be available the same day as the DVD. Blu-ray and DVD releases are typically released around 12-16 weeks after the theatrical premiere.

Digital: The Brave One digital release from Amazon Video and iTunes will be available 1-2 weeks before the Blu-ray, DVD, and 4K releases. The estimate release date is January 2008. We will update this page with more details as they become available. The movie has been out for around since its theatrical release.

The Brave One stars Jodie Foster, Terrence Howard, Nicky Katt, Naveen Andrews, Mary Steenburgen. View everything you need to know about the movie below.

When Erica Bain and her fianc David take their dog for a walk in Central Park, their usual relaxing outing ends in tragedy. Erica is assaulted, David is killed, and their dog disappears. She awakes in the hospital and immediately purchases a gun for protection on the streets of New York. Self-defense soon turns into vigilante justice after her fear dissolves into a desire to rid the city of criminals. After being summoned to identify a suspect in Davids killing, Erica denies recognizing the man and instead plans a brutal revenge outside of the law. What Erica does not know is that she has become a suspect herself, and the detectives are closing in. Can she avenge Davids death before she is caught?

The Brave One DVD/Blu-ray is rated R. R stands for ‘Restricted’, which means children under 17 require accompanying parent or adult guardian. The movie contains some adult material and parents are urged to learn more about the movie.

The movie currently has a 6.9 out of 10 IMDb rating and 56 Metascore on Metacritic. We will continue to add and update review scores.