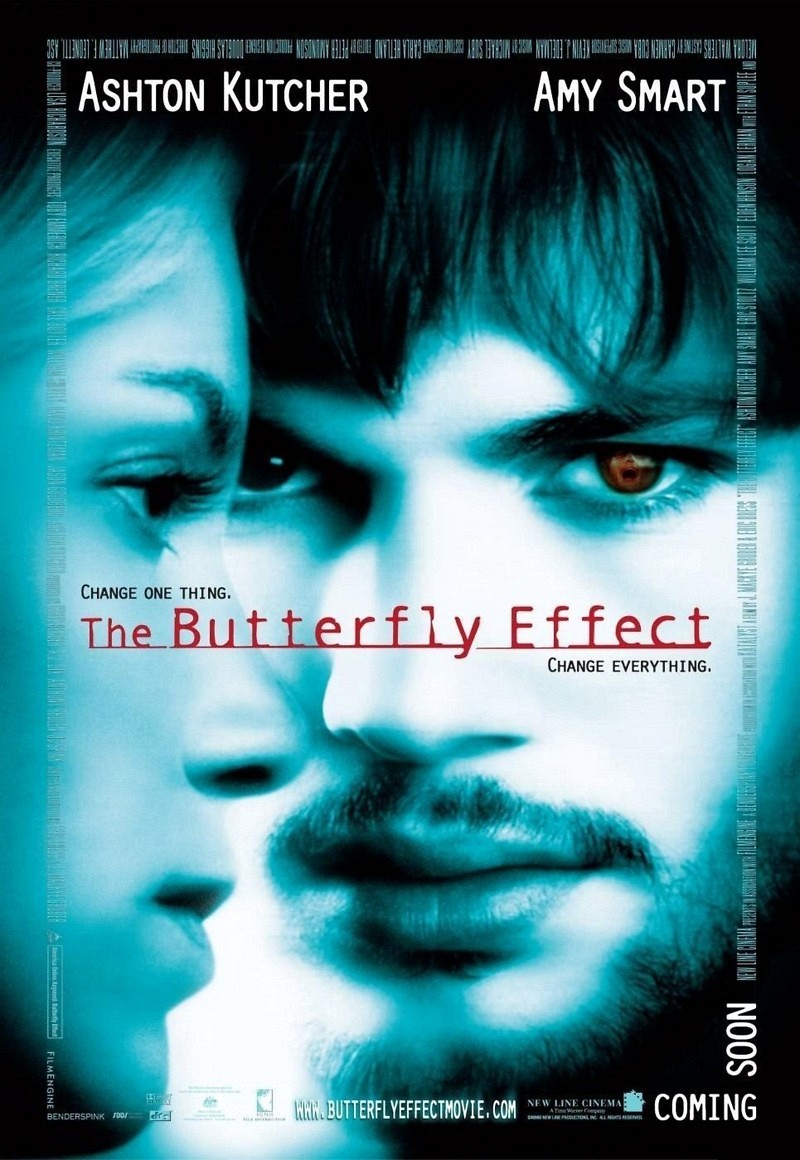 DVD: The Butterfly Effect DVD release date is set for July 6, 2004. Dates do change so check back often as the release approaches.

Blu-ray: The Butterfly Effect Blu-ray will be available the same day as the DVD. Blu-ray and DVD releases are typically released around 12-16 weeks after the theatrical premiere.

Digital: The Butterfly Effect digital release from Amazon Video and iTunes will be available 1-2 weeks before the Blu-ray, DVD, and 4K releases. The estimate release date is June 2004. We will update this page with more details as they become available. The movie has been out for around since its theatrical release.

Evan Treborn is a seemingly ordinary young man growing up in a small town, but he suffers from blackouts throughout his childhood. His friends and family are doubtful whether these blackouts are actually happening, attributing Evan’s accounts to an overactive imagination. However, when he gets older, he discovers that the reason for these blackouts is that he was traveling back in time during those periods. He finds detailed journals that describe what happened to him during those times. Evan realizes that he can change his future by altering tiny details from his past. However, it is impossible to know all of the consequences that even a miniscule action can have, so changing the future is a very dangerous business that may best be left alone.

The Butterfly Effect DVD/Blu-ray is rated R. R stands for ‘Restricted’, which means children under 17 require accompanying parent or adult guardian. The movie contains some adult material and parents are urged to learn more about the movie.

The movie currently has a 7.8 out of 10 IMDb rating and 30 Metascore on Metacritic. We will continue to add and update review scores.