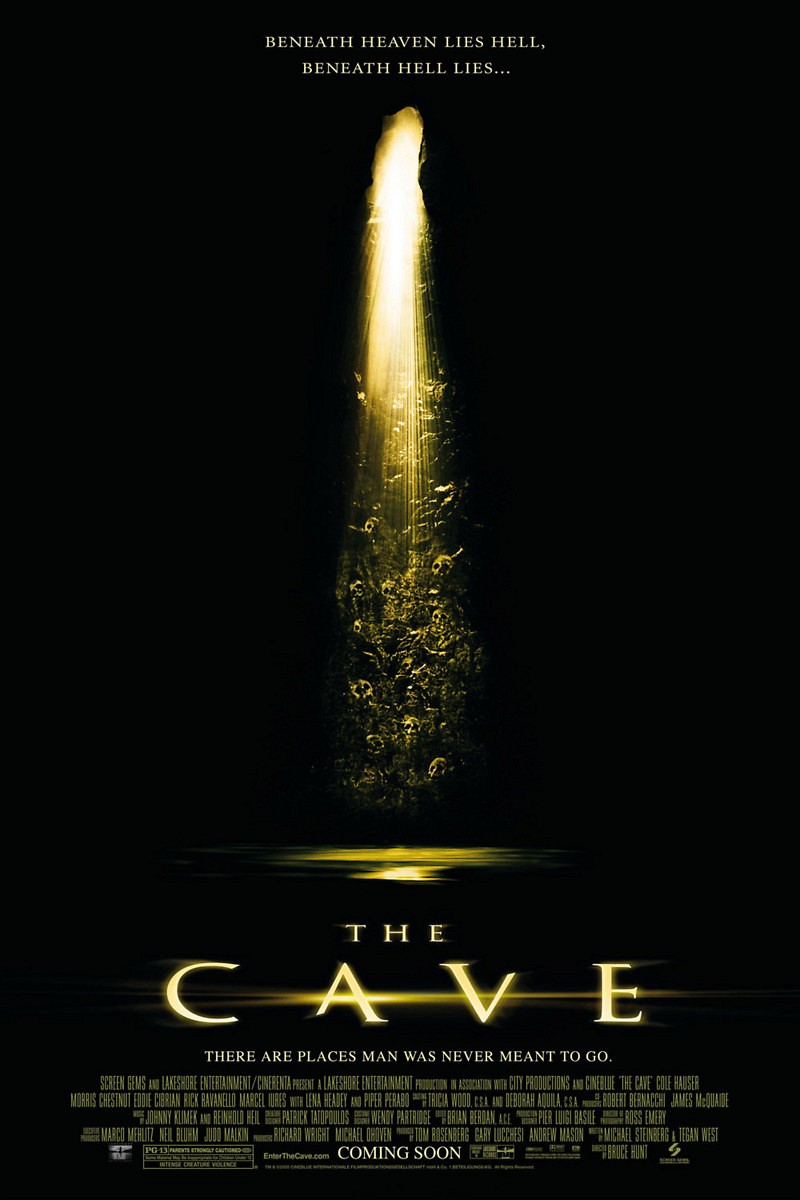 DVD: The Cave DVD release date is set for January 3, 2006. Dates do change so check back often as the release approaches.

Blu-ray: The Cave Blu-ray will be available the same day as the DVD. Blu-ray and DVD releases are typically released around 12-16 weeks after the theatrical premiere.

Digital: The Cave digital release from Amazon Video and iTunes will be available 1-2 weeks before the Blu-ray, DVD, and 4K releases. The estimate release date is December 2005. We will update this page with more details as they become available. The movie has been out for around since its theatrical release.

The Cave stars Cole Hauser, Eddie Cibrian, Morris Chestnut, Lena Headey, Piper Perabo. View everything you need to know about the movie below.

Romanian explorer Dr. Nicolai is intent on disproving an age old legend about flying monsters associated with a rock church that had collapsed in the Carpathian area years before. To help in his quest, Dr. Nicolai hires the skillful brother diving team of Jack and Tyler McAllister. But when the team gets into the underwater caves and passageways, another explosion traps them in the ruins. It does not take long for the group to realize that the people who had been trapped in the original rock church explosion had been exposed to a dangerous parasite that turns any living thing into a carnivorous monster that can fly. When Jack gets infected, it becomes a race against time to find a way out, save Jack and avoid getting killed by the monsters hiding in the shadows.

The Cave DVD/Blu-ray is rated PG-13. Parents are urged to be cautious. Some material may be inappropriate for pre-teenagers (under 13).

The movie currently has a 4.8 out of 10 IMDb rating and 30 Metascore on Metacritic. We will continue to add and update review scores.