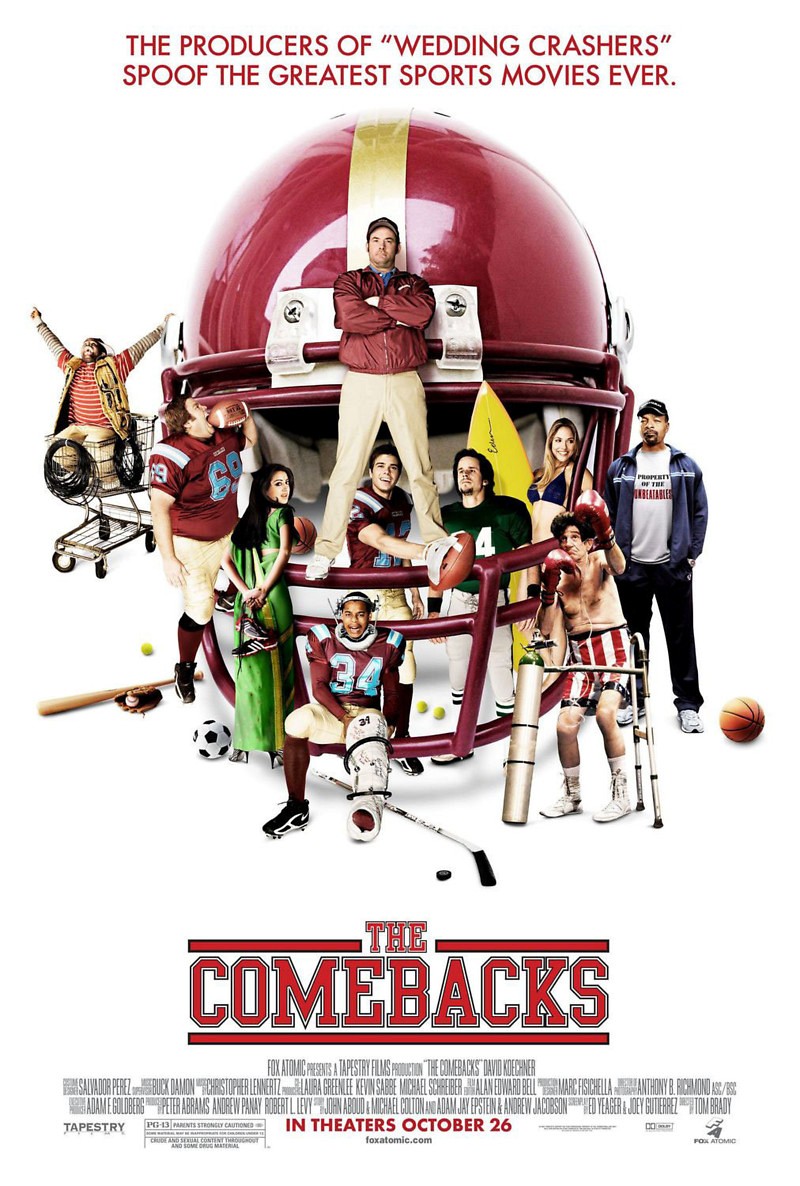 DVD: The Comebacks DVD release date is set for January 29, 2008. Dates do change so check back often as the release approaches.

Blu-ray: The Comebacks Blu-ray will be available the same day as the DVD. Blu-ray and DVD releases are typically released around 12-16 weeks after the theatrical premiere.

Digital: The Comebacks digital release from Amazon Video and iTunes will be available 1-2 weeks before the Blu-ray, DVD, and 4K releases. The estimate release date is January 2008. We will update this page with more details as they become available. The movie has been out for around since its theatrical release.

The Comebacks stars David Koechner, Carl Weathers, Melora Hardin, Matthew Lawrence, Brooke Nevin. View everything you need to know about the movie below.

It could not be any worse for Coach Fields. His record of losses makes him the worst football coach on everyone’s list. His friend and fellow coach, Freddie Wiseman, motivates Fields to give coaching one more chance. This time maybe he can prove he can win. Coach Fields moves his family to Plainfolk, Texas to be head coach of the Heartland State University football team. Unfortunately, his “team” may be even worse losers than him. Fields decides to try unconventional methods to get his team in shape to play. Amazingly, the team begins to win games and the team makes it all the way to the Toilet Bowl. Heartland State must dig into their box of unorthodox ideas to defeat a stellar team for the trophy.

The Comebacks DVD/Blu-ray is rated R. R stands for ‘Restricted’, which means children under 17 require accompanying parent or adult guardian. The movie contains some adult material and parents are urged to learn more about the movie.

The movie currently has a 3.9 out of 10 IMDb rating and 25 Metascore on Metacritic. We will continue to add and update review scores.