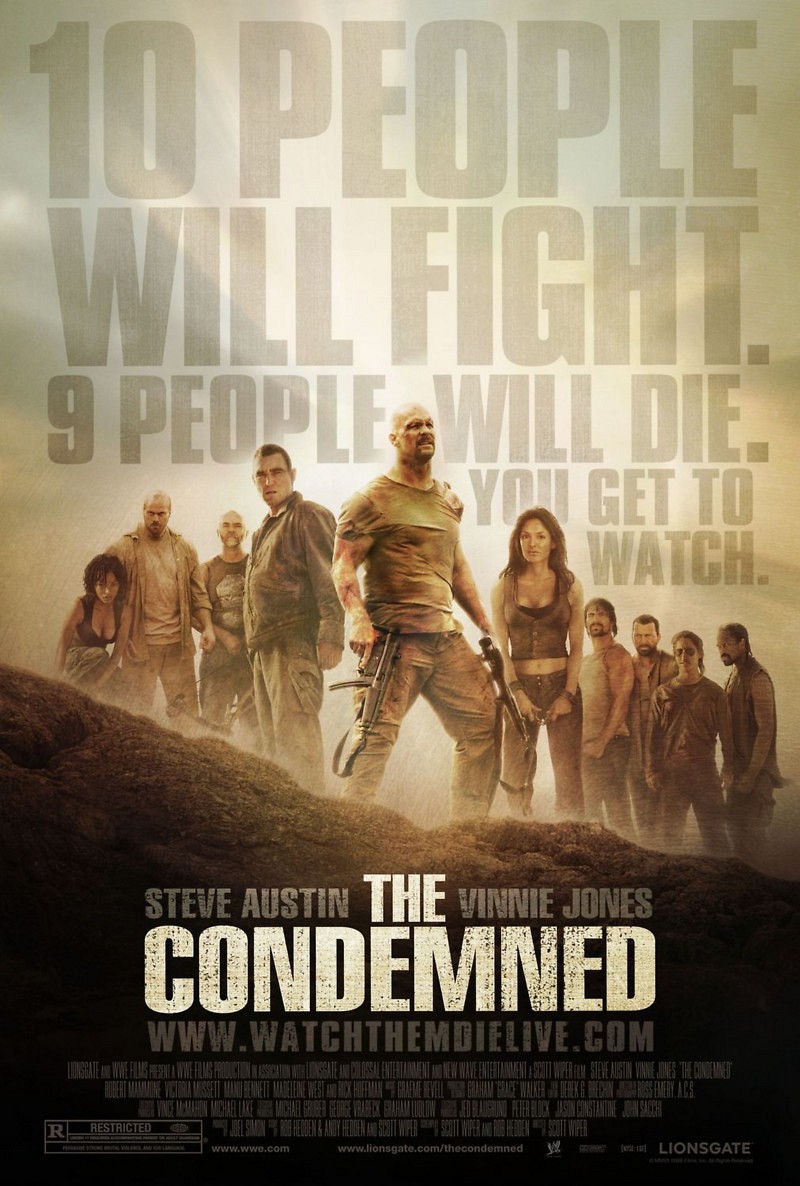 DVD: The Condemned DVD release date is set for September 18, 2007. Dates do change so check back often as the release approaches.

Blu-ray: The Condemned Blu-ray will be available the same day as the DVD. Blu-ray and DVD releases are typically released around 12-16 weeks after the theatrical premiere.

Digital: The Condemned digital release from Amazon Video and iTunes will be available 1-2 weeks before the Blu-ray, DVD, and 4K releases. The estimate release date is September 2007. We will update this page with more details as they become available. The movie has been out for around since its theatrical release.

The Condemned stars Steve Austin, Vinnie Jones, Robert Mammone, Tory Mussett, Manu Bennett. View everything you need to know about the movie below.

Jack Conrad made one of the biggest mistakes a man could ever make. He got himself arrested on serious charges in Central America and is sent to a Central American prison. He is subjected to all types of torture and fears that he will be forgotten in this corrupt wasteland. After a while, a rich businessman purchases Conrad to take part in a game that the businessman has created. Conrad will be put on a deserted island with nine other people and he must kill all nine people to survive. The other nine participants are also prisoners, but they are cold-blooded killers, which is something that Conrad is not. He must fight to survive and make it off the island alive.

The Condemned DVD/Blu-ray is rated R. R stands for ‘Restricted’, which means children under 17 require accompanying parent or adult guardian. The movie contains some adult material and parents are urged to learn more about the movie.

The movie currently has a 6 out of 10 IMDb rating and 23 Metascore on Metacritic. We will continue to add and update review scores.