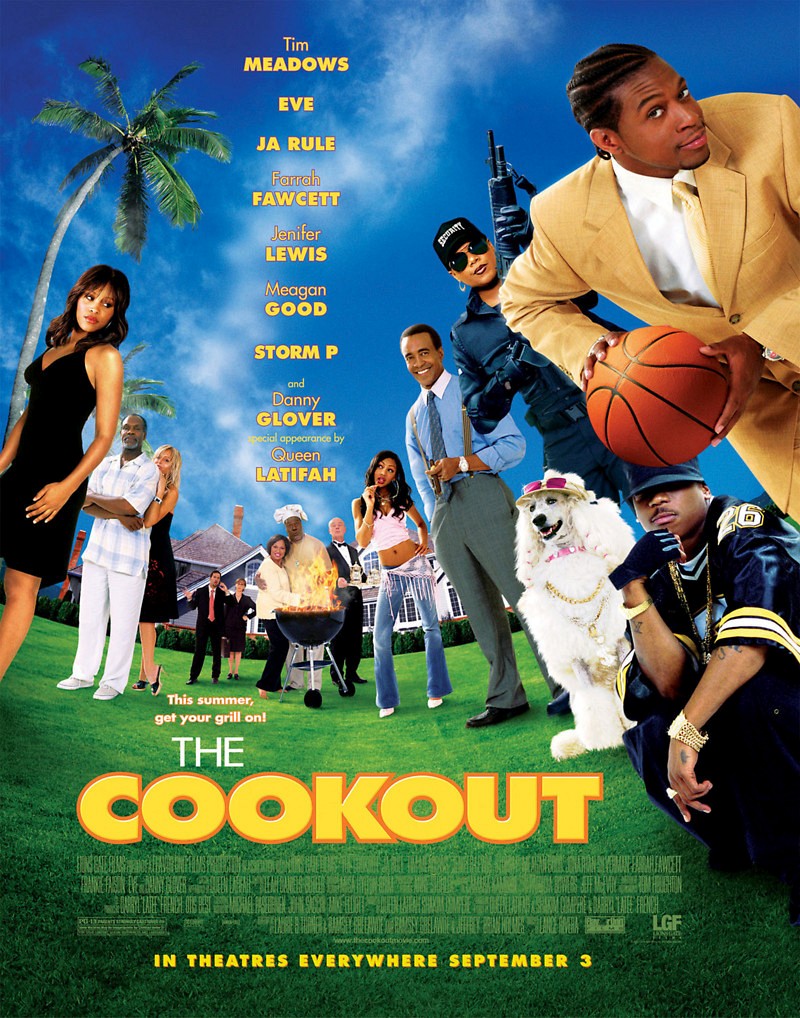 DVD: The Cookout DVD release date is set for January 18, 2005. Dates do change so check back often as the release approaches.

Blu-ray: The Cookout Blu-ray will be available the same day as the DVD. Blu-ray and DVD releases are typically released around 12-16 weeks after the theatrical premiere.

Digital: The Cookout digital release from Amazon Video and iTunes will be available 1-2 weeks before the Blu-ray, DVD, and 4K releases. The estimate release date is January 2005. We will update this page with more details as they become available. The movie has been out for around since its theatrical release.

The Cookout stars Ja Rule, Tim Meadows, Jenifer Lewis, Quran Pender, Jonathan Silverman. View everything you need to know about the movie below.

A guy named Todd Anderson gets his dream job with his hometown national basketball team. He signs a contract worth millions of dollars. Todd also knows his life will be forever changed, but wants to keep grounded. He decides to host a celebratory old-fashioned barbeque for everyone in his life who is important to him. Things get really interesting when you put complicated family members, agents and a variety of colorful friends under one roof.

The Cookout DVD/Blu-ray is rated PG-13. Parents are urged to be cautious. Some material may be inappropriate for pre-teenagers (under 13).

The movie currently has a 3.3 out of 10 IMDb rating and 15 Metascore on Metacritic. We will continue to add and update review scores.