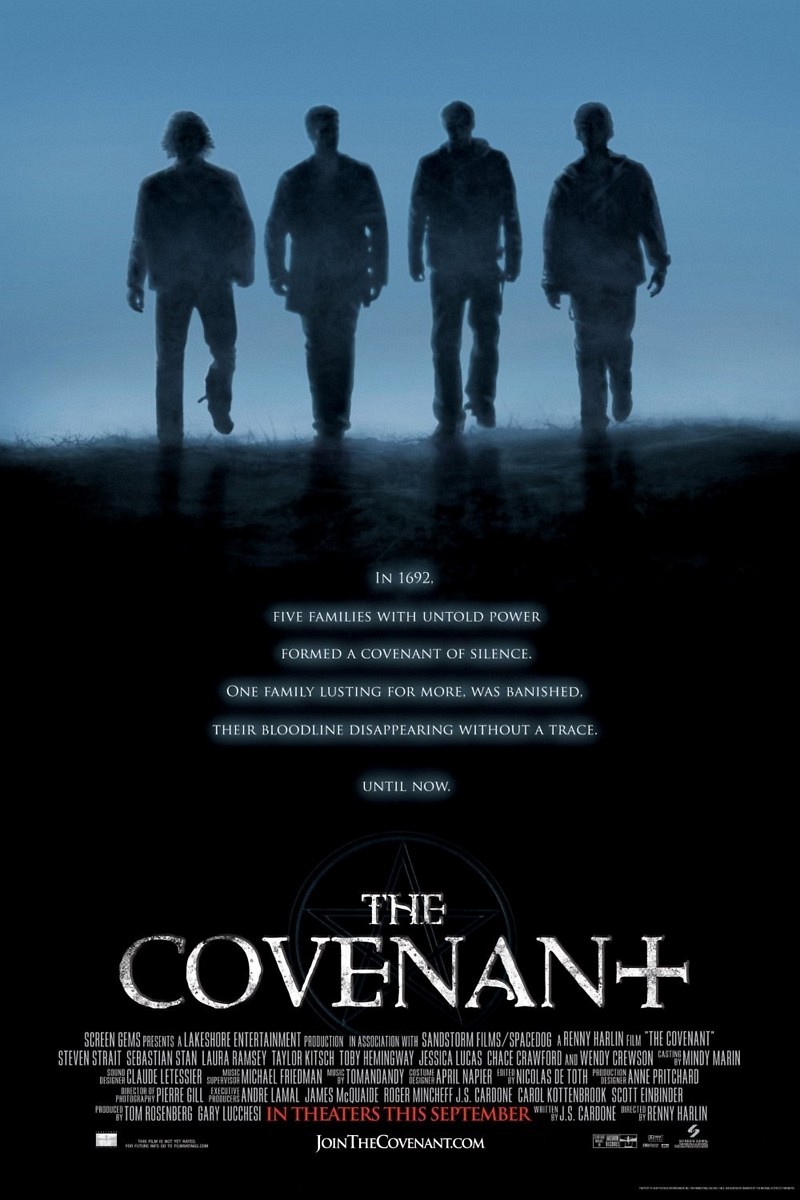 DVD: The Covenant DVD release date is set for January 2, 2007. Dates do change so check back often as the release approaches.

Blu-ray: The Covenant Blu-ray will be available the same day as the DVD. Blu-ray and DVD releases are typically released around 12-16 weeks after the theatrical premiere.

Digital: The Covenant digital release from Amazon Video and iTunes will be available 1-2 weeks before the Blu-ray, DVD, and 4K releases. The estimate release date is December 2006. We will update this page with more details as they become available. The movie has been out for around since its theatrical release.

The Covenant stars Steven Strait, Laura Ramsey, Sebastian Stan, Taylor Kitsch, Chace Crawford. View everything you need to know about the movie below.

A group of four friends who call themselves the Sons of Ipswich are practically kings at the elite school they attend. This is partly due to their status as warlocks, although this isnt actually known by the other students. Their rein is challenged when an unknown young man with similar abilities shows up, and the four soon realize that this new person is looking to steal their power from them and possibly kill them. Not knowing much about this new enemy, the boys must get to work.

The Covenant DVD/Blu-ray is rated PG-13. Parents are urged to be cautious. Some material may be inappropriate for pre-teenagers (under 13).

The movie currently has a 4.8 out of 10 IMDb rating and 19 Metascore on Metacritic. We will continue to add and update review scores.