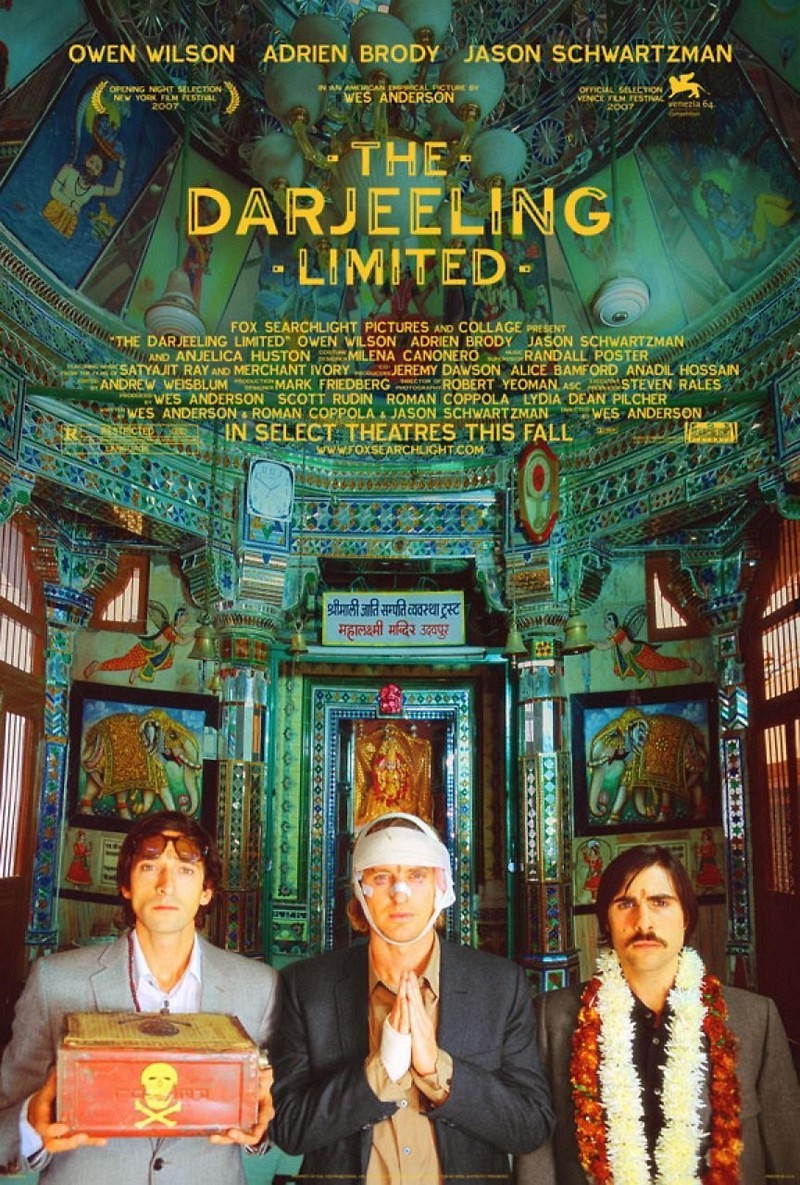 DVD: The Darjeeling Limited DVD release date is set for February 26, 2008. Dates do change so check back often as the release approaches.

Blu-ray: The Darjeeling Limited Blu-ray will be available the same day as the DVD. Blu-ray and DVD releases are typically released around 12-16 weeks after the theatrical premiere.

Digital: The Darjeeling Limited digital release from Amazon Video and iTunes will be available 1-2 weeks before the Blu-ray, DVD, and 4K releases. The estimate release date is February 2008. We will update this page with more details as they become available. The movie has been out for around since its theatrical release.

Three brother reunite on a train ride through India one year after the death of their father. Each are struggling with grief and the meaning of life. Francis, the eldest brother, who organized the trip, is recovering from a sever accident. Jack is struggling from a dysfunctional romantic entanglement. Peter is running away from his pregnant wife and scared of being a father. After several misadventures, the three brothers come face to face with life and death, as well as their own responsibility. With this realization, they undertake to true purpose of the trip – the reconnect with their estranged mother.

The Darjeeling Limited DVD/Blu-ray is rated R. R stands for ‘Restricted’, which means children under 17 require accompanying parent or adult guardian. The movie contains some adult material and parents are urged to learn more about the movie.

The movie currently has a 7.2 out of 10 IMDb rating and 67 Metascore on Metacritic. We will continue to add and update review scores.