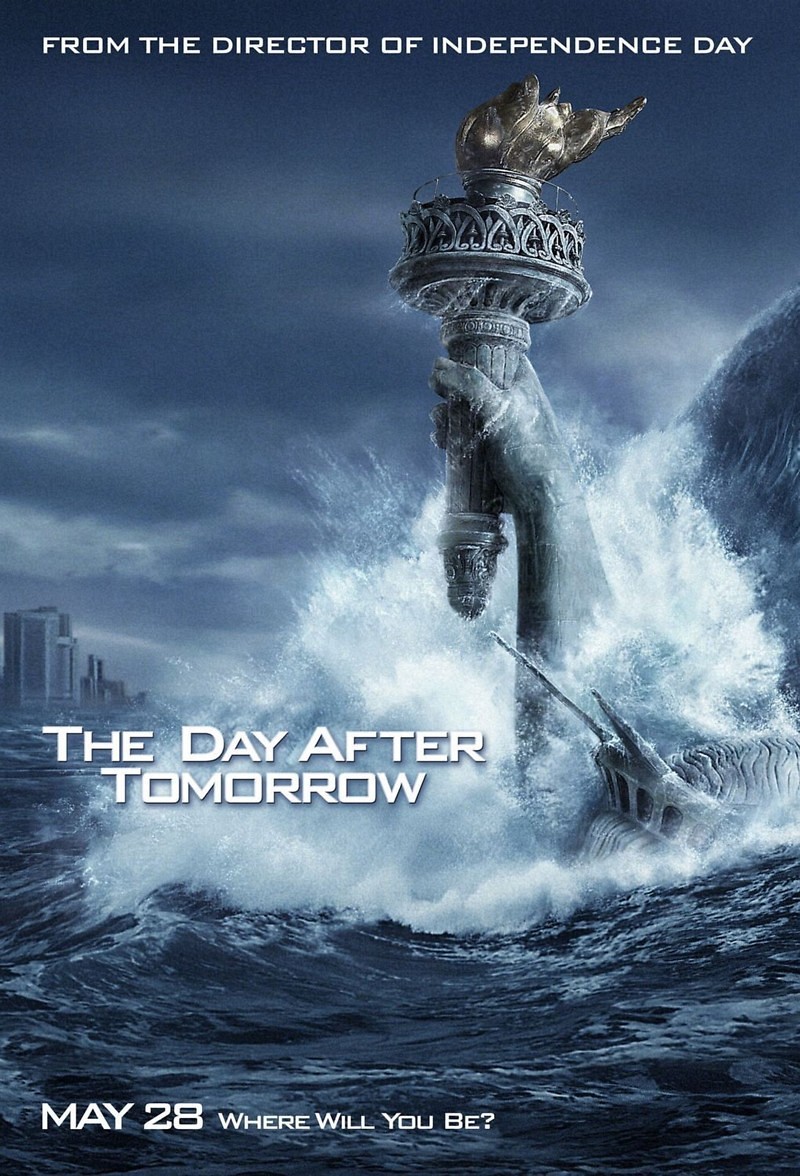 DVD: The Day After Tomorrow DVD release date is set for October 12, 2004. Dates do change so check back often as the release approaches.

Blu-ray: The Day After Tomorrow Blu-ray will be available the same day as the DVD. Blu-ray and DVD releases are typically released around 12-16 weeks after the theatrical premiere.

Digital: The Day After Tomorrow digital release from Amazon Video and iTunes will be available 1-2 weeks before the Blu-ray, DVD, and 4K releases. The estimate release date is October 2004. We will update this page with more details as they become available. The movie has been out for around since its theatrical release.

The Day After Tomorrow stars Dennis Quaid, Jake Gyllenhaal, Emmy Rossum, Dash Mihok, Jay O. Sanders. View everything you need to know about the movie below.

A sudden climate shift causes a series of unusual storms all over the world. As scientist scramble to understand what is happening, a climatologist, Jack Hall, proposes a shocking theory. Jack and his team work on a model to predict the most likely changes to the world’s climate. Meanwhile, Jack’s son, Sam, is in New York with two friends for a school competition. As the unusual storm activity increases, the competition is cancelled and the students are sent home. Sam and his friends try to leave New York and quickly learn traveling is impossible. They take shelter in a library with several others to try to survive the dawn of a new ice age. Jack and two of his closest friends set out on a dangerous mission to rescue Sam.

The Day After Tomorrow DVD/Blu-ray is rated PG-13. Parents are urged to be cautious. Some material may be inappropriate for pre-teenagers (under 13).

The movie currently has a 6.3 out of 10 IMDb rating and 47 Metascore on Metacritic. We will continue to add and update review scores.