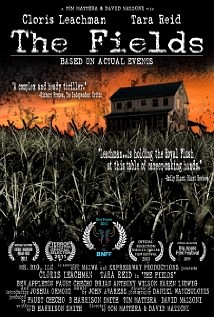 DVD: The Fields DVD release date is set for April 24, 2012. Dates do change so check back often as the release approaches.

Blu-ray: The Fields Blu-ray will be available the same day as the DVD. Blu-ray and DVD releases are typically released around 12-16 weeks after the theatrical premiere.

Digital: The Fields digital release from Amazon Video and iTunes will be available 1-2 weeks before the Blu-ray, DVD, and 4K releases. The estimate release date is April 2012. We will update this page with more details as they become available. The movie has been out for around since its theatrical release.

The Fields stars Cloris Leachman, Tara Reid, Joshua Ormond, Faust Checho, Bev Appleton. View everything you need to know about the movie below.

Based on real life events that took place in a small Pennsylvania town in 1973, a family is terrified as they witness unexplainable events. To get away from the constant bickering and arguing of his parents, Steven, a young boy, finds himself spending lots of time at his grandparent’s farm. While there, he notices that there are lots of squatters creeping and slumming around the neighborhood. This leads Steven to the fields where he discovers an unseen force that starts to terrorize him and his family whenever they use the cornfields. Soon, the unseen presence not only terrorizes the family in the cornfields, but has the family wondering if they are safe anywhere.

The Fields DVD/Blu-ray is rated NR. An unrated film is often informally denoted by “NR” in newspapers and so forth