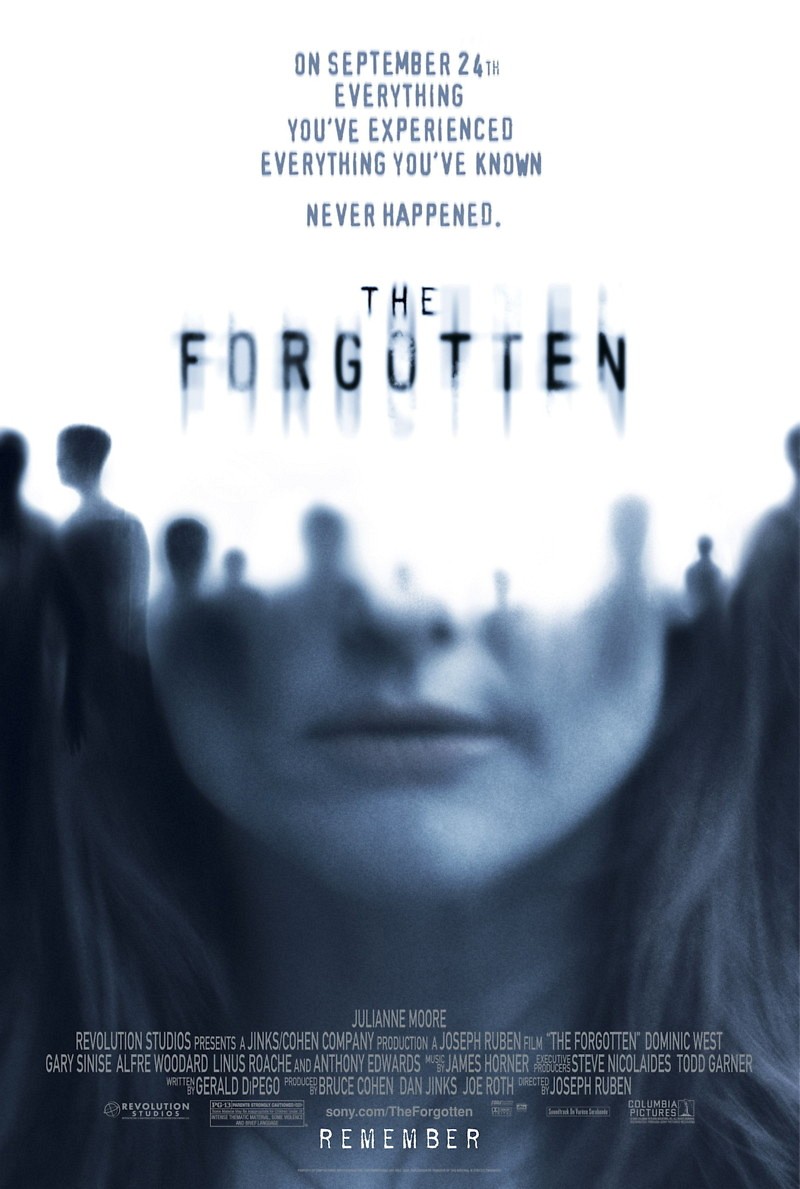 DVD: The Forgotten DVD release date is set for January 18, 2005. Dates do change so check back often as the release approaches.

Blu-ray: The Forgotten Blu-ray will be available the same day as the DVD. Blu-ray and DVD releases are typically released around 12-16 weeks after the theatrical premiere.

Digital: The Forgotten digital release from Amazon Video and iTunes will be available 1-2 weeks before the Blu-ray, DVD, and 4K releases. The estimate release date is January 2005. We will update this page with more details as they become available. The movie has been out for around since its theatrical release.

The Forgotten stars Julianne Moore, Christopher Kovaleski, Matthew Pleszewicz, Anthony Edwards, Jessica Hecht. View everything you need to know about the movie below.

After a horrific plane crash, Telly Paretta struggles with the grief of losing her nine year old son, Sam. Things get worse when she is told by her therapist and husband that her memories of her son are false and that he never existed. Then she meets the father of one of her son’s friends and he too is experiencing the same set of circumstances. Paretta must set out to prove the existence of her deceased son and that she is sane.

The Forgotten DVD/Blu-ray is rated PG-13. Parents are urged to be cautious. Some material may be inappropriate for pre-teenagers (under 13).

The movie currently has a 5.8 out of 10 IMDb rating and 43 Metascore on Metacritic. We will continue to add and update review scores.