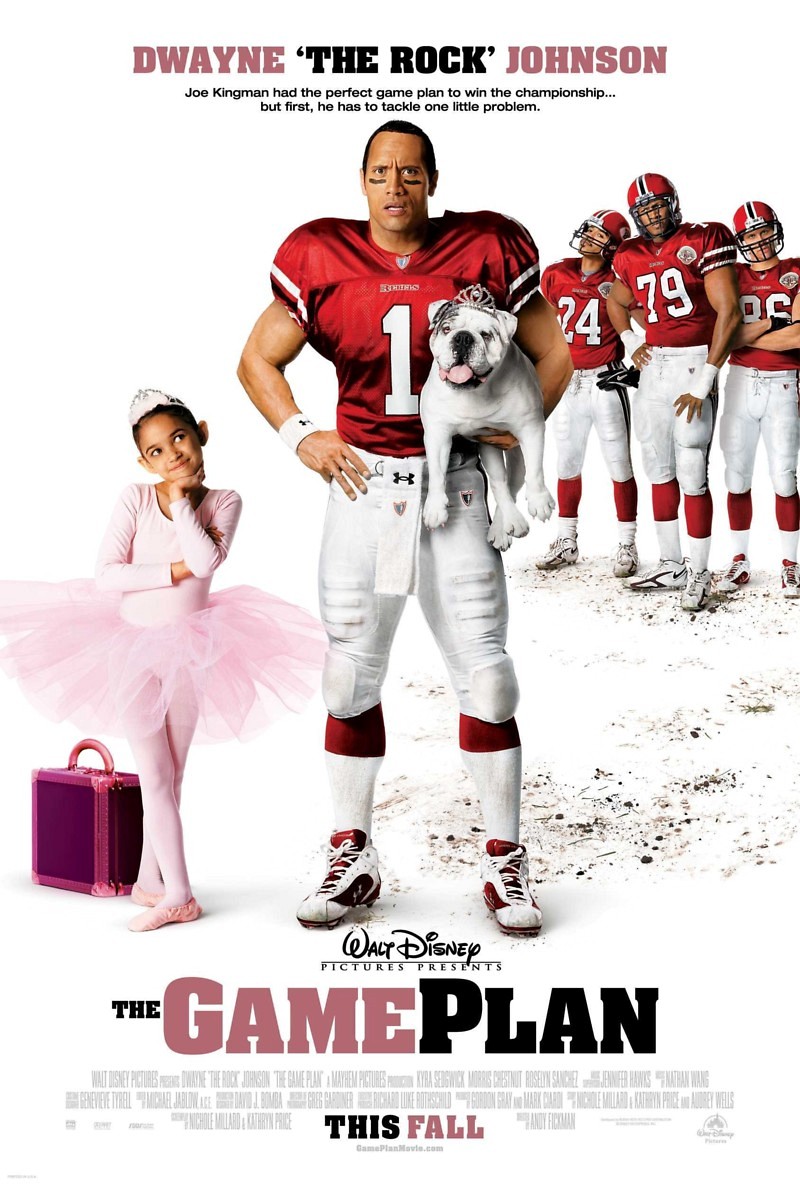 DVD: The Game Plan DVD release date is set for January 22, 2008. Dates do change so check back often as the release approaches.

Blu-ray: The Game Plan Blu-ray will be available the same day as the DVD. Blu-ray and DVD releases are typically released around 12-16 weeks after the theatrical premiere.

Digital: The Game Plan digital release from Amazon Video and iTunes will be available 1-2 weeks before the Blu-ray, DVD, and 4K releases. The estimate release date is January 2008. We will update this page with more details as they become available. The movie has been out for around since its theatrical release.

A football star with a seemingly perfect life, Joe Kingman, discovers a long-lost daughter when the eight-year-old girl shows up on his doorstep. Confused, he does his best to be a father despite having no idea how to parent. His confusion about parental responsibilities ranges from what to eat for breakfast to accidentally leaving his daughter in unsavory places at three in the morning. The girl has a near-death experience and Joe is horrified to find out that her mother died earlier that year, insisting that she come live with him. However, her aunt takes her back, creating the biggest conflict of Joe’s life.

The movie currently has a 6.2 out of 10 IMDb rating and 44 Metascore on Metacritic. We will continue to add and update review scores.