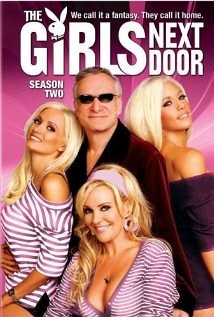 DVD: The Girls Next Door DVD release date is set for November 29, 2011. Dates do change so check back often as the release approaches.

Blu-ray: The Girls Next Door Blu-ray will be available the same day as the DVD. Blu-ray and DVD releases are typically released around 12-16 weeks after the theatrical premiere.

Digital: The Girls Next Door digital release from Amazon Video and iTunes will be available 1-2 weeks before the Blu-ray, DVD, and 4K releases. The estimate release date is November 2011. We will update this page with more details as they become available. The movie has been out for around since its theatrical release.

The Girls Next Door stars Hugh HefnerHolly MadisonBridget Marquardt. View everything you need to know about the movie below.

Intriguing and provocative, this series focuses on the lives of Hugh Hefners girlfriends in the Playboy Mansion. The ever-popular trio of beautiful blondes that started a wave of reality television shows prance, primp, and preen for the cameras while lavishing Hugh with their attentions and affections. Various other playmates and bunnies cozy up to the Playboy genius, and numerous celebrities stop-by for a night cap or a dip in the Lagoon. Shedding light on the intellect and uniqueness of each Playboy babe, every episode follows the personal exploits and thoughts of these vivacious cuties next door. Its life in the Playboy Mansion from a playmates perspective!

The Girls Next Door DVD/Blu-ray is rated TV-PG. This program contains material that parents may find unsuitable for younger children. Many parents may want to watch it with their younger children. The theme itself may call for parental guidance and/or the program may contain one or more of the following: some suggestive dialogue (D), infrequent coarse language (L), some sexual situations (S), or moderate violence (V).

The movie currently has a 4.5 out of 10 IMDb rating and N/A Metascore on Metacritic. We will continue to add and update review scores.