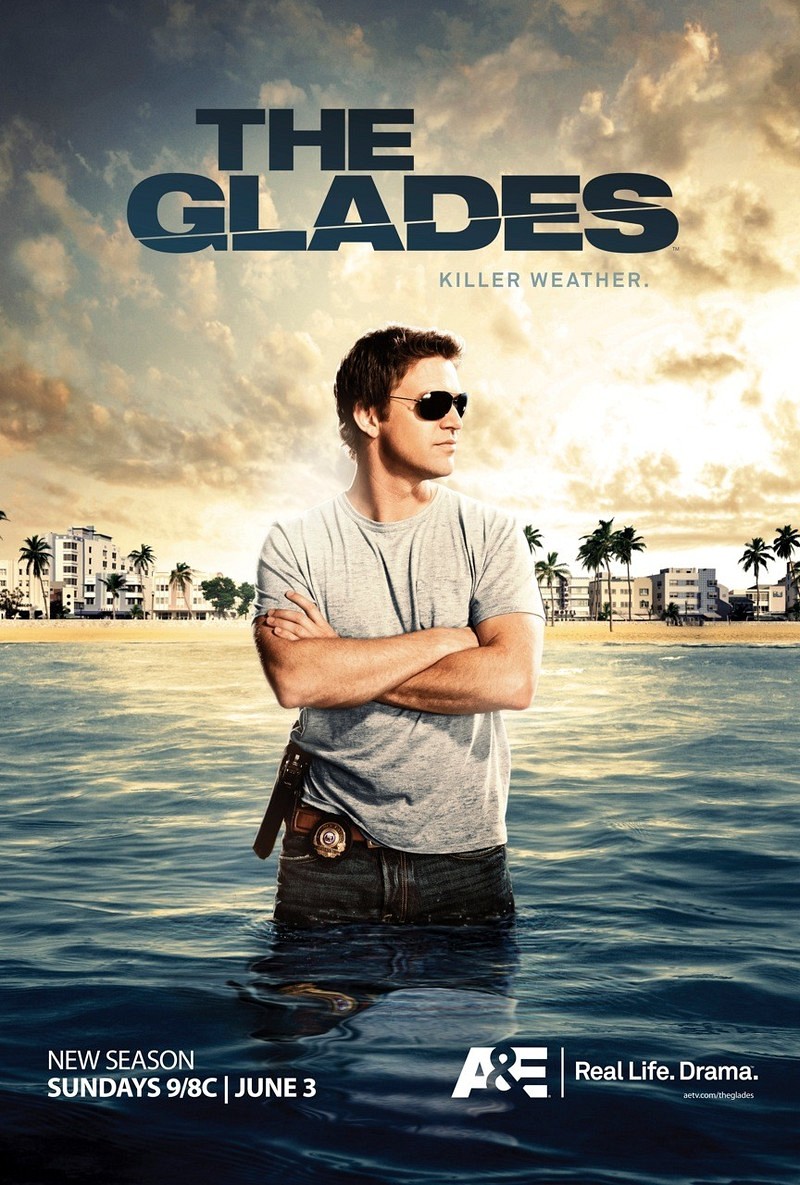 DVD: The Glades DVD release date is set for June 3, 2014. Dates do change so check back often as the release approaches.

Blu-ray: The Glades Blu-ray will be available the same day as the DVD. Blu-ray and DVD releases are typically released around 12-16 weeks after the theatrical premiere.

Digital: The Glades digital release from Amazon Video and iTunes will be available 1-2 weeks before the Blu-ray, DVD, and 4K releases. The estimate release date is May 2014. We will update this page with more details as they become available. The movie has been out for around since its theatrical release.

The Glades stars Matt PassmoreKiele SanchezCarlos Gómez. View everything you need to know about the movie below.

Matt Passmore works in Chicago as a homicide detective, or he did until his jealous captain falsely accused Passmore of being involved with the captain’s wife. The captain shot him in the backside. Passmore left the Chicago area with his judgment money and decided to move someplace warm and relaxing. He wanted a place he can lay back and work on his tan. Passmore settled on Florida because of the beautiful area and relaxing atmosphere. He soon finds out that the seemingly peaceful beach community of Palm Glade has a high murder rate. His job ends up being as stressful as the one he left behind in Chicago. Although he is extremely smart and solves numerous crimes, he’s incredibly abrasive and annoying to his co-workers at the Florida Department of Law Enforcement.

The Glades DVD/Blu-ray is rated TV-PG. This program contains material that parents may find unsuitable for younger children. Many parents may want to watch it with their younger children. The theme itself may call for parental guidance and/or the program may contain one or more of the following: some suggestive dialogue (D), infrequent coarse language (L), some sexual situations (S), or moderate violence (V).