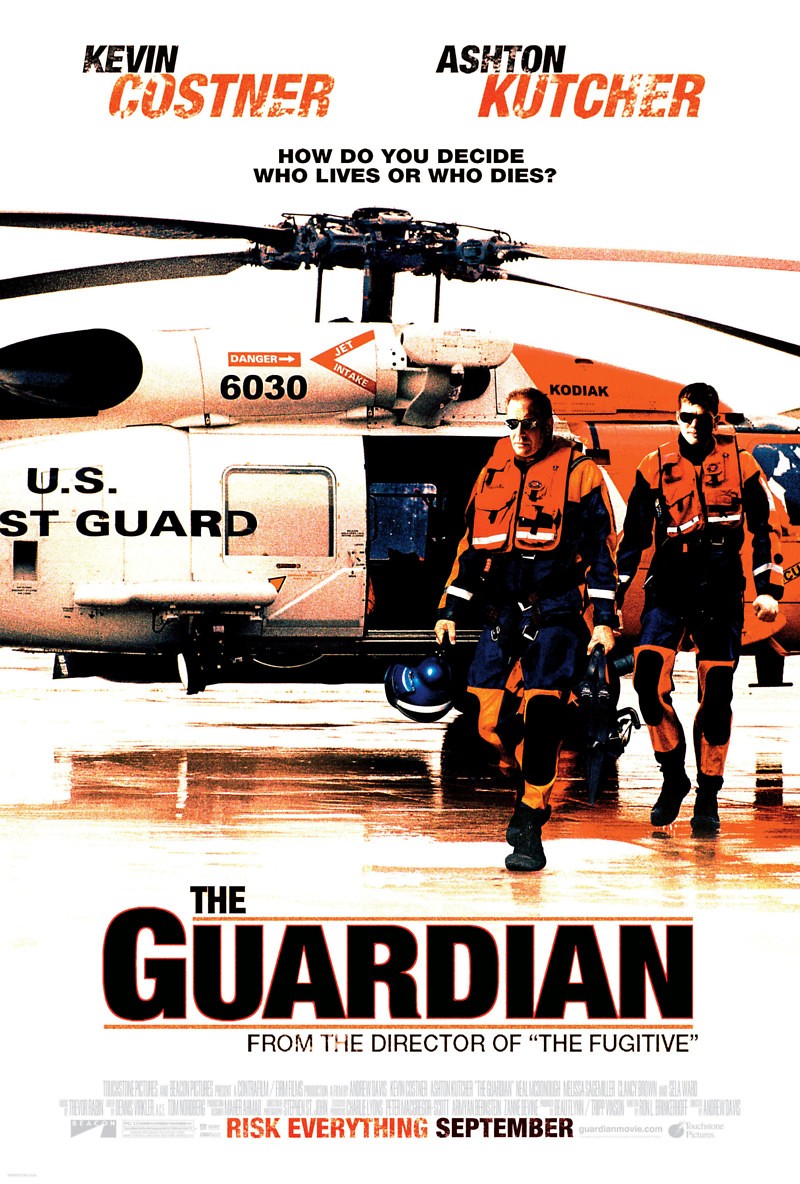 DVD: The Guardian DVD release date is set for January 23, 2007. Dates do change so check back often as the release approaches.

Blu-ray: The Guardian Blu-ray will be available the same day as the DVD. Blu-ray and DVD releases are typically released around 12-16 weeks after the theatrical premiere.

Digital: The Guardian digital release from Amazon Video and iTunes will be available 1-2 weeks before the Blu-ray, DVD, and 4K releases. The estimate release date is January 2007. We will update this page with more details as they become available. The movie has been out for around since its theatrical release.

The Guardian stars Kevin Costner, Ashton Kutcher, Sela Ward, Melissa Sagemiller, Clancy Brown. View everything you need to know about the movie below.

Ben Randall relishes the thrill of saving lives as a Coast Guard rescue swimmer until a failed mission and the death of team members banishes him away from the front lines and into the classroom at a Coast Guard training facility in Louisiana. Bitter from his demotion and a broken marriage, he meets Jake Fischer, a cocky young swimmer with the ability to become elite, but enough swagger and attitude to keep him from greatness. Ben sees himself in Jake, puts him through a rigorous mental and physical training course and teams with him in the end to engineer one last daring rescue on the open seas.

The Guardian DVD/Blu-ray is rated PG-13. Parents are urged to be cautious. Some material may be inappropriate for pre-teenagers (under 13).

The movie currently has a 6.7 out of 10 IMDb rating and 53 Metascore on Metacritic. We will continue to add and update review scores.