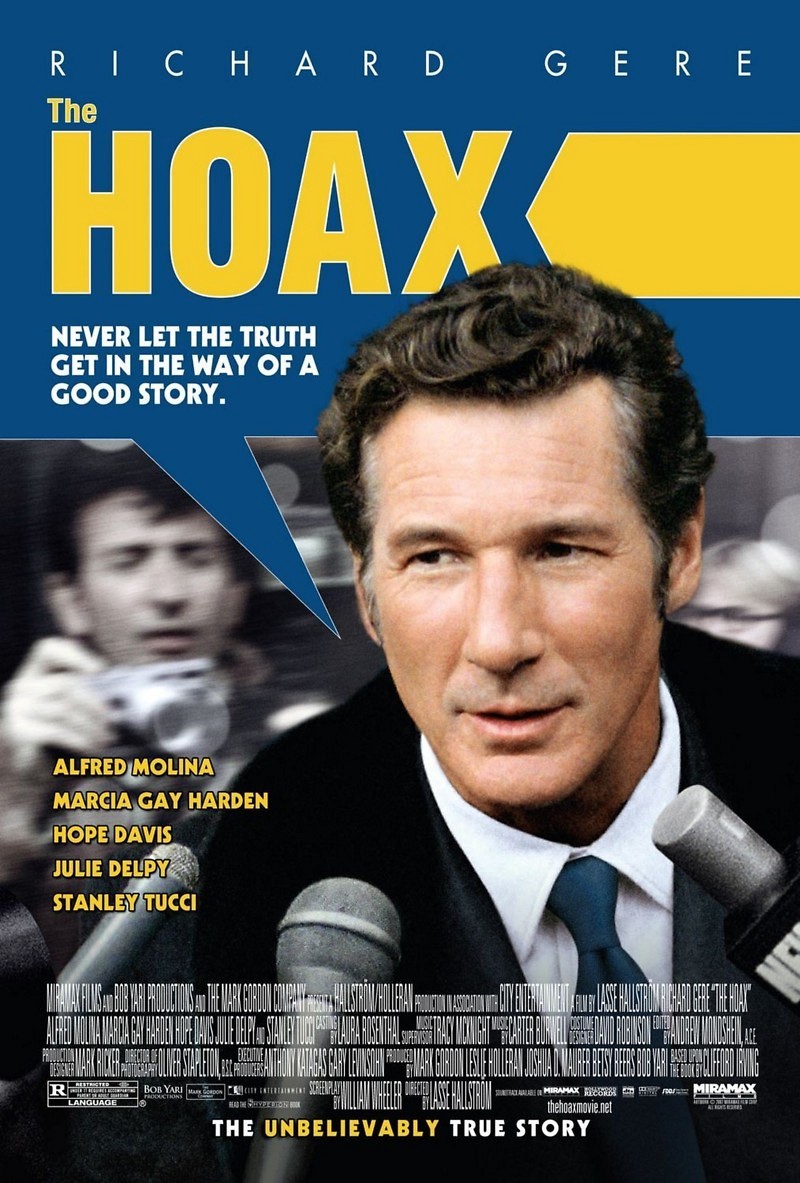 DVD: The Hoax DVD release date is set for October 16, 2007. Dates do change so check back often as the release approaches.

Blu-ray: The Hoax Blu-ray will be available the same day as the DVD. Blu-ray and DVD releases are typically released around 12-16 weeks after the theatrical premiere.

Digital: The Hoax digital release from Amazon Video and iTunes will be available 1-2 weeks before the Blu-ray, DVD, and 4K releases. The estimate release date is October 2007. We will update this page with more details as they become available. The movie has been out for around since its theatrical release.

In the 70s, an author named Clifford Irving is upset when his latest novel is rejected by a publisher. He is desperate for cash and needs to keep the lines of communication open with this publisher. Clifford pretends to have an agreement with Howard Hughes to write his life story. This peeks the publishers’ interest, and they give him another chance. Clifford and his friend Dick begin researching information and are lucky enough to come across personal information about Hughes. He also finds other personal details that if it were to be included in the book, it could cause a political crisis. Clifford’s personal and professional life are in jeopardy. Will he be able to pull off the ultimate hoax?

The Hoax DVD/Blu-ray is rated R. R stands for ‘Restricted’, which means children under 17 require accompanying parent or adult guardian. The movie contains some adult material and parents are urged to learn more about the movie.

The movie currently has a 6.8 out of 10 IMDb rating and 70 Metascore on Metacritic. We will continue to add and update review scores.