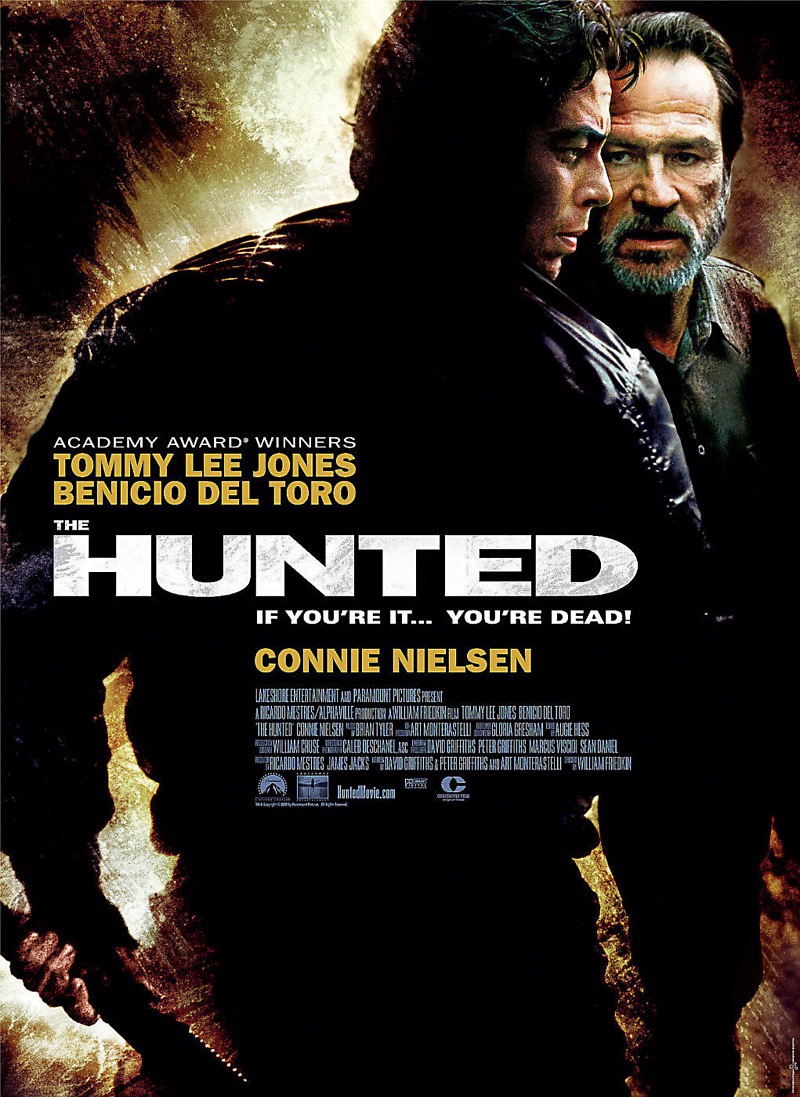 DVD: The Hunted DVD release date is set for August 12, 2003. Dates do change so check back often as the release approaches.

Blu-ray: The Hunted Blu-ray will be available the same day as the DVD. Blu-ray and DVD releases are typically released around 12-16 weeks after the theatrical premiere.

Digital: The Hunted digital release from Amazon Video and iTunes will be available 1-2 weeks before the Blu-ray, DVD, and 4K releases. The estimate release date is August 2003. We will update this page with more details as they become available. The movie has been out for around since its theatrical release.

Aaron Hallam is a man trained as an assassin by the Armed Forces who is currently absent without official leave within the woods of Silver Falls, Oregon. After brutally killing four deer in the area, he draws the attention of Abby Durrell who is a Special Agent for the FBI. Abby contacts L.T. Bonham who is the only one who can stop and catch Aaron, but she discovers that not only is L.T. in retirement, but he does not wish share his past as he was in charge of training killer soldiers. Upon discovering that the man who killed the deer is in fact one of his students, he accepts the mission under the terms that he will work alone in capturing Aaron, even if it is unarmed. He does this because of a gnawing guilt caused by not answering letters from Aaron that were sent as a desperate plea when Aaron was losing his sanity previously. Although Aaron is upset that his mentor is hunting him, he realizes that they are linked. This leaves them both to try to discover which one of them is the hunter, and which is the hunted.

The Hunted DVD/Blu-ray is rated R. R stands for ‘Restricted’, which means children under 17 require accompanying parent or adult guardian. The movie contains some adult material and parents are urged to learn more about the movie.

The movie currently has a 5.8 out of 10 IMDb rating and 40 Metascore on Metacritic. We will continue to add and update review scores.