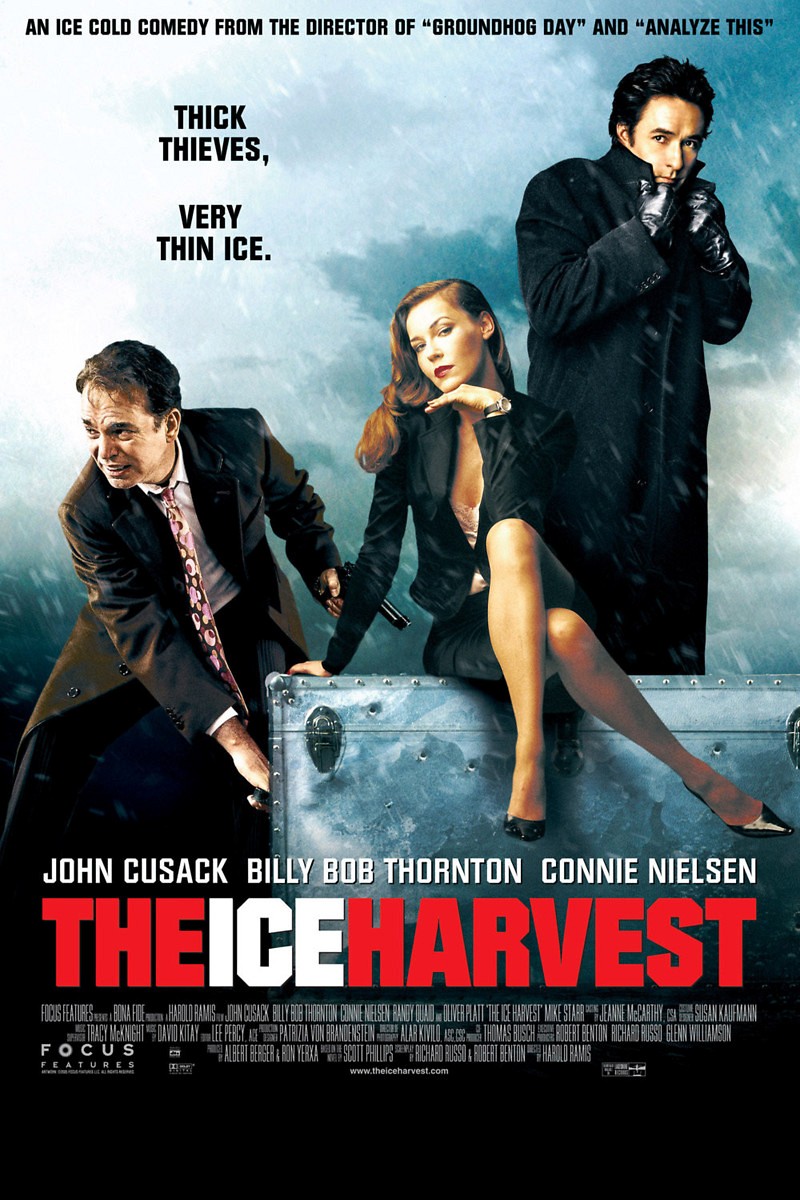 DVD: The Ice Harvest DVD release date is set for January 9, 2007. Dates do change so check back often as the release approaches.

Blu-ray: The Ice Harvest Blu-ray will be available the same day as the DVD. Blu-ray and DVD releases are typically released around 12-16 weeks after the theatrical premiere.

Digital: The Ice Harvest digital release from Amazon Video and iTunes will be available 1-2 weeks before the Blu-ray, DVD, and 4K releases. The estimate release date is December 2006. We will update this page with more details as they become available. The movie has been out for around since its theatrical release.

It was Christmas Eve in Wichita, Kansas. Charlie Arglist, a shady mob lawyer, and his partner Vic Cavanaugh stole $2 million from their boss. The two had thought that they would get away with their prize, but life just couldnt be that simple for the duo. When they attempted to make their escape, they found that a snow storm had caused the roads to ice over. Charlie and Vic were trapped, and so they decided to go their separate ways until things were safer. Charlie then met up with the foxy Renata, the owner of a strip club known as Sweet Cage, and a woman that he had wanted for a long time. The holiday season is just full of exciting surprises for Charlie Arglist in this thrilling comedy.

The Ice Harvest DVD/Blu-ray is rated R. R stands for ‘Restricted’, which means children under 17 require accompanying parent or adult guardian. The movie contains some adult material and parents are urged to learn more about the movie.

The movie currently has a 6.2 out of 10 IMDb rating and 62 Metascore on Metacritic. We will continue to add and update review scores.