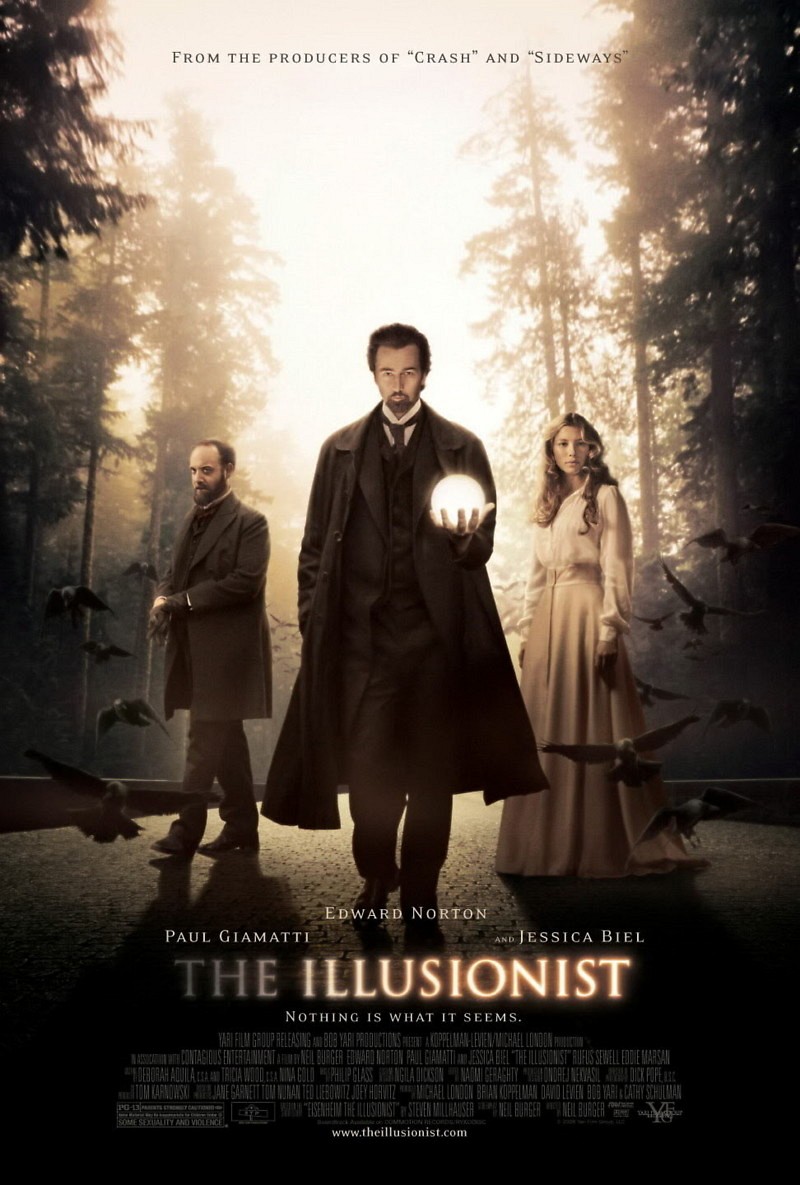 DVD: The Illusionist DVD release date is set for January 9, 2007. Dates do change so check back often as the release approaches.

Blu-ray: The Illusionist Blu-ray will be available the same day as the DVD. Blu-ray and DVD releases are typically released around 12-16 weeks after the theatrical premiere.

Digital: The Illusionist digital release from Amazon Video and iTunes will be available 1-2 weeks before the Blu-ray, DVD, and 4K releases. The estimate release date is December 2006. We will update this page with more details as they become available. The movie has been out for around since its theatrical release.

The Illusionist stars Edward Norton, Paul Giamatti, Jessica Biel, Rufus Sewell, Eddie Marsan. View everything you need to know about the movie below.

Eisenheim is an incredibly talented illusionist who has spent a lifetime fooling others, but he cannot fool the woman he loves. When he is accidentally reunited with her 15 years after they fell in love and concluded that their romance was doomed because of their differing economic stations, the duchess Sophie knows at once that he is still in love with her. Unfortunately, the match is still out of the question, especially now that Sophie is engaged to a Crown Prince who only wants to marry her for her social standing. Though there will be no love in their marriage, Sophie knows that her life will be threatened if she breaks off the engagement, and Eisenheim will also have a threat hanging over his head.

The Illusionist DVD/Blu-ray is rated PG-13. Parents are urged to be cautious. Some material may be inappropriate for pre-teenagers (under 13).

The movie currently has a 7.7 out of 10 IMDb rating and 68 Metascore on Metacritic. We will continue to add and update review scores.