DVD Release Dates Uncategorized The Importance of Being Earnest 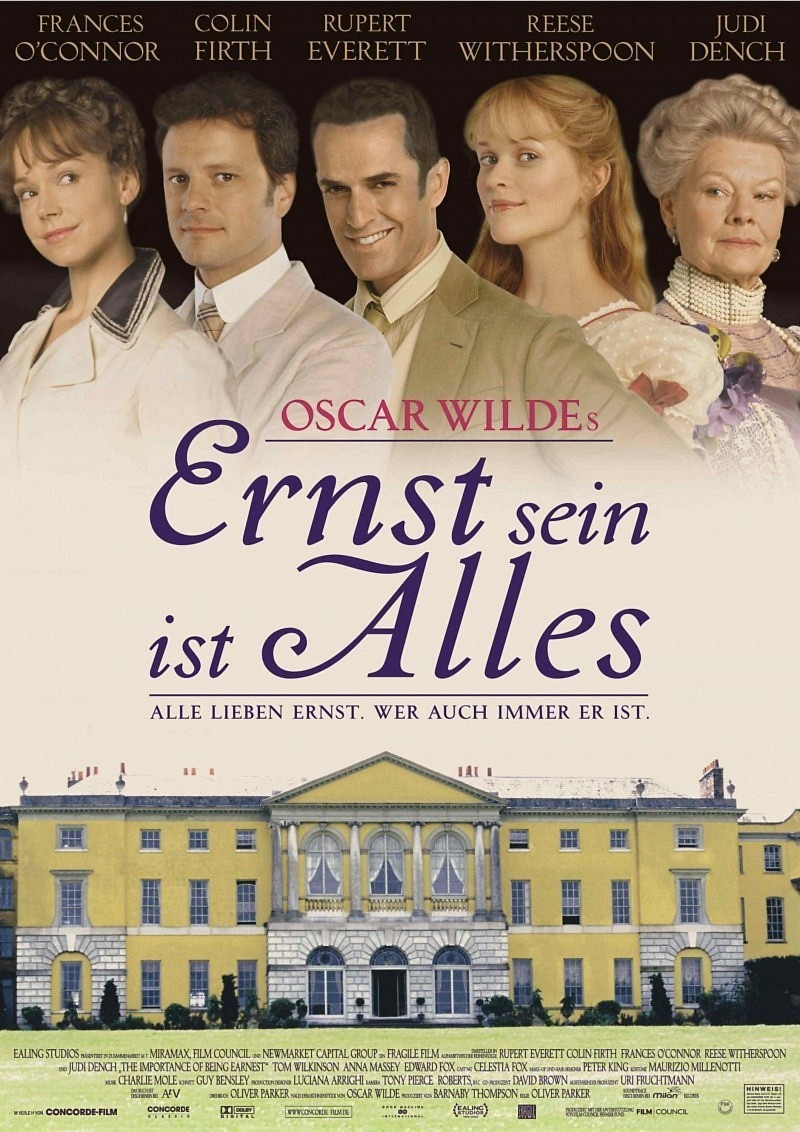 DVD: The Importance of Being Earnest DVD release date is set for November 12, 2002. Dates do change so check back often as the release approaches.

Blu-ray: The Importance of Being Earnest Blu-ray will be available the same day as the DVD. Blu-ray and DVD releases are typically released around 12-16 weeks after the theatrical premiere.

Digital: The Importance of Being Earnest digital release from Amazon Video and iTunes will be available 1-2 weeks before the Blu-ray, DVD, and 4K releases. The estimate release date is November 2002. We will update this page with more details as they become available. The movie has been out for around since its theatrical release.

The Importance of Being Earnest stars Rupert Everett, Colin Firth, Frances O’Connor, Reese Witherspoon, Judi Dench. View everything you need to know about the movie below.

Based on Oscar Wilde’s classic play, two young gentlemen in 19th century England learn with chagrin how leading double lives comes with comedic consequences. Both Jack Worthing and Algy Montcrieff adopt the name Ernest to escape their regular lives and begin courting Gwendolyn and Cecily under the pseudonym. Although it seemed like a fool-proof plan, neither Jack nor Algy ever suspected just how much the lives of all involved intertwine, and they must earnestly work to salvage their romantic relationships.

The movie currently has a 6.7 out of 10 IMDb rating and 60 Metascore on Metacritic. We will continue to add and update review scores.