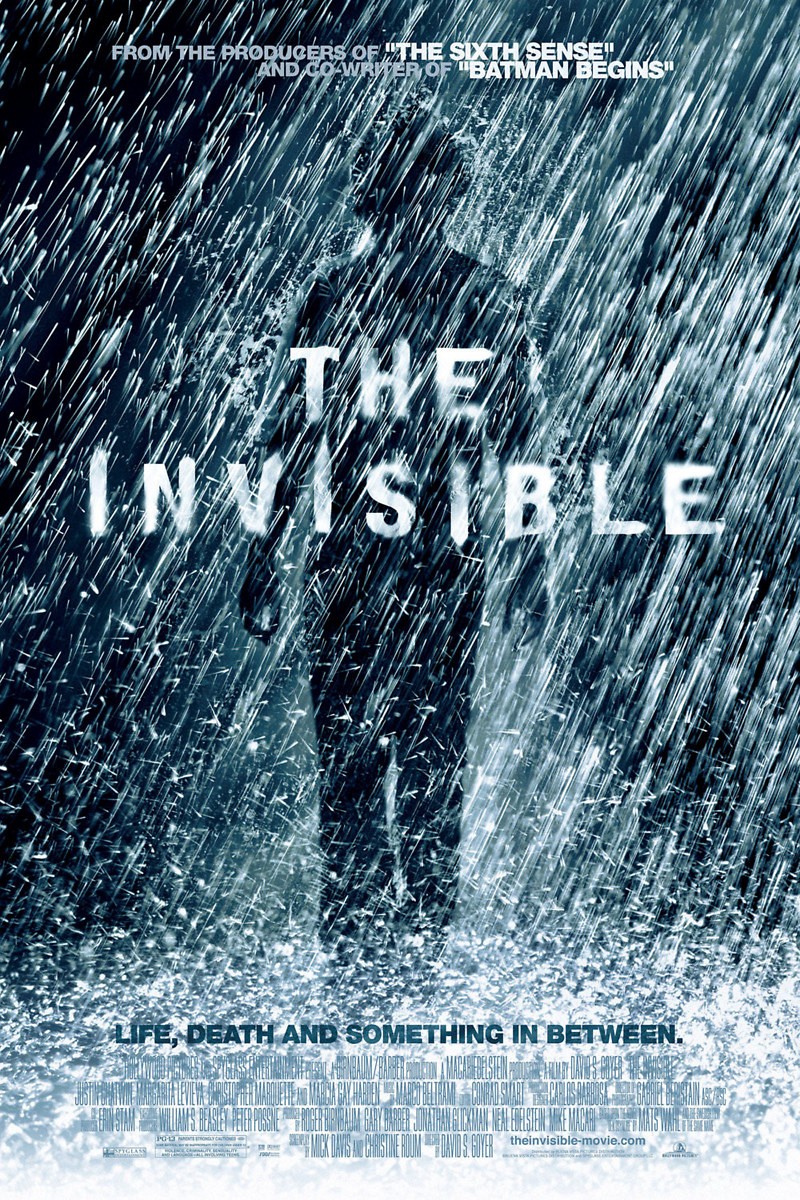 DVD: The Invisible DVD release date is set for October 16, 2007. Dates do change so check back often as the release approaches.

Blu-ray: The Invisible Blu-ray will be available the same day as the DVD. Blu-ray and DVD releases are typically released around 12-16 weeks after the theatrical premiere.

Digital: The Invisible digital release from Amazon Video and iTunes will be available 1-2 weeks before the Blu-ray, DVD, and 4K releases. The estimate release date is October 2007. We will update this page with more details as they become available. The movie has been out for around since its theatrical release.

A well-rounded student named Nick makes extra cash by making available the test answers and homework to his fellow students. He is trying get enough cash to travel to London to participate in a special writing class. Nick tells his best friend Pete that he has already purchased his ticket, but he still has to tell his mom about his travel plans. Pete owes a girl named Annie some money. Because of mistaken identity, Nick is brutally attacked by Anna and her thugs. When he wakes up the next day, Nick realizes he’s in a transitional state and is invisible. He can only view the happenings of the day as they take place.

The Invisible DVD/Blu-ray is rated PG-13. Parents are urged to be cautious. Some material may be inappropriate for pre-teenagers (under 13).

The movie currently has a 6.1 out of 10 IMDb rating and 36 Metascore on Metacritic. We will continue to add and update review scores.