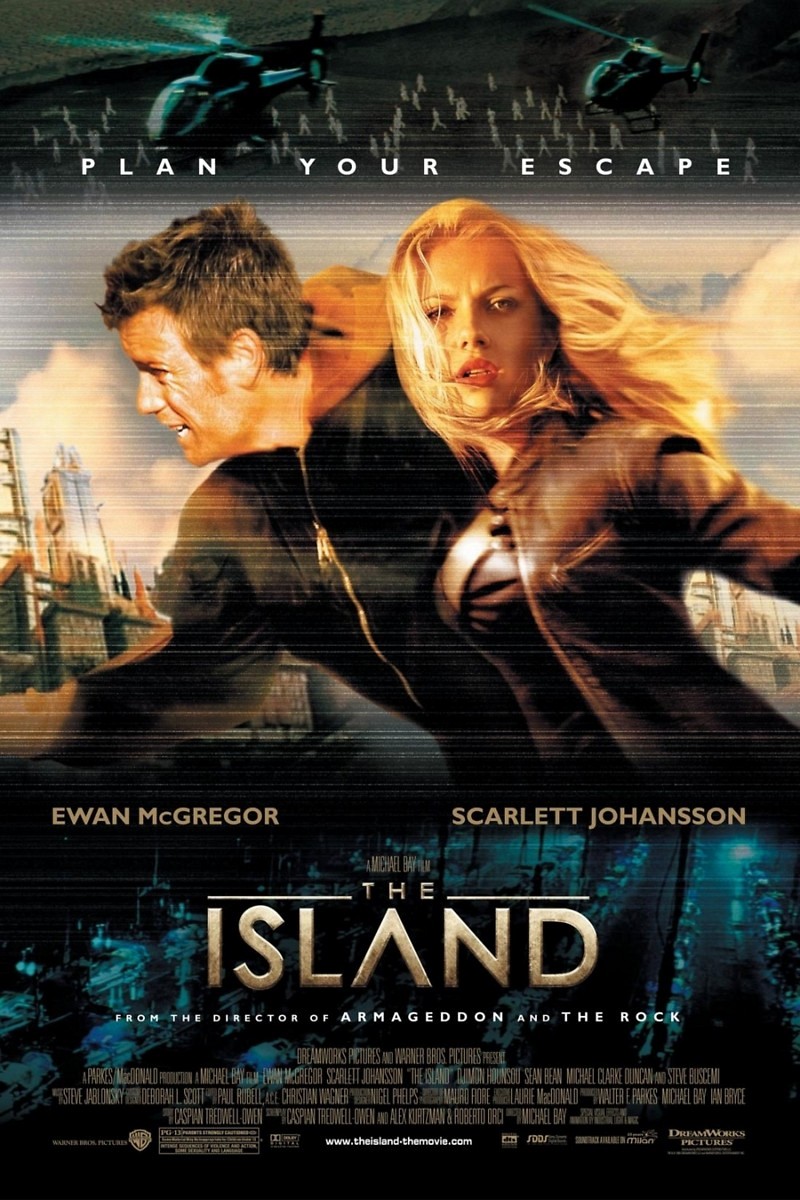 DVD: The Island DVD release date is set for December 13, 2005. Dates do change so check back often as the release approaches.

Blu-ray: The Island Blu-ray will be available the same day as the DVD. Blu-ray and DVD releases are typically released around 12-16 weeks after the theatrical premiere.

Digital: The Island digital release from Amazon Video and iTunes will be available 1-2 weeks before the Blu-ray, DVD, and 4K releases. The estimate release date is December 2005. We will update this page with more details as they become available. The movie has been out for around since its theatrical release.

The Island stars Ewan McGregor, Scarlett Johansson, Djimon Hounsou, Sean Bean, Steve Buscemi. View everything you need to know about the movie below.

The year is 2019 and the resident known as Lincoln Six-Echo is a citizen of a facility that is Utopian and self-contained. Much like the others who live with him, he has great dreams to live on The Island, a place that is uncontaminated, and reportedly one of the last on the plant. However, he soon realizes that everything he knows within his life is a life, and that all of those within this so-called Utopia are in fact clones. After he decides to make a daring escape along with Jordan Two-Delta, he ends up being pursued by the evil people who once nurtured and housed him and Jordan. Not only are they now in a race to escape the place that they live, but also to get to the place in which they feel they will meet those who created them.

The Island DVD/Blu-ray is rated PG-13. Parents are urged to be cautious. Some material may be inappropriate for pre-teenagers (under 13).

The movie currently has a 6.9 out of 10 IMDb rating and 50 Metascore on Metacritic. We will continue to add and update review scores.