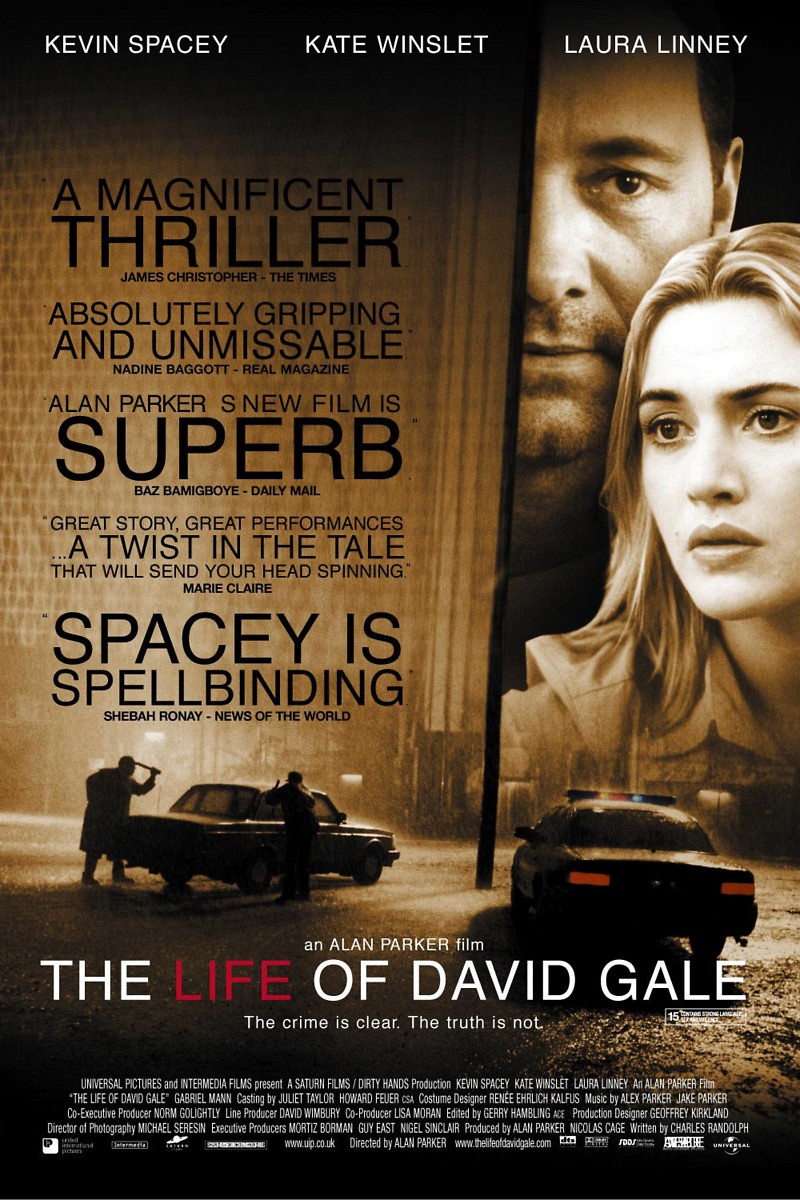 DVD: The Life of David Gale DVD release date is set for February 1, 2005. Dates do change so check back often as the release approaches.

Blu-ray: The Life of David Gale Blu-ray will be available the same day as the DVD. Blu-ray and DVD releases are typically released around 12-16 weeks after the theatrical premiere.

Digital: The Life of David Gale digital release from Amazon Video and iTunes will be available 1-2 weeks before the Blu-ray, DVD, and 4K releases. The estimate release date is January 2005. We will update this page with more details as they become available. The movie has been out for around since its theatrical release.

The Life of David Gale stars Kate Winslet, Cleo King, Constance Jones, Kevin Spacey, Laura Linney. View everything you need to know about the movie below.

Bitsy Bloom is a top-notch journalist that takes on the story of a lifetime as she interviews a soon-to-be executed murderer and rapist. David Gale was accused of many crimes in his past, but he was acquitted for almost all of them. As a philosophy teacher, Gale had access to many students. One night, he supposedly raped and murdered a girl in cold blood. However, the evidence looks too good to be true. With some sleuthing on her part, Bloom discovers a convoluted past for the murder victim and surrounding friends. Bloom is incredibly close to clearing Gale’s name, but she lacks evidence to prove it. Time is ticking for Gale as his execution draws closer. Bloom risks her life and reputation to find the real truth behind the brutality.

The Life of David Gale DVD/Blu-ray is rated R. R stands for ‘Restricted’, which means children under 17 require accompanying parent or adult guardian. The movie contains some adult material and parents are urged to learn more about the movie.

The movie currently has a 7.3 out of 10 IMDb rating and 31 Metascore on Metacritic. We will continue to add and update review scores.