DVD Release Dates Uncategorized The Lives of Others 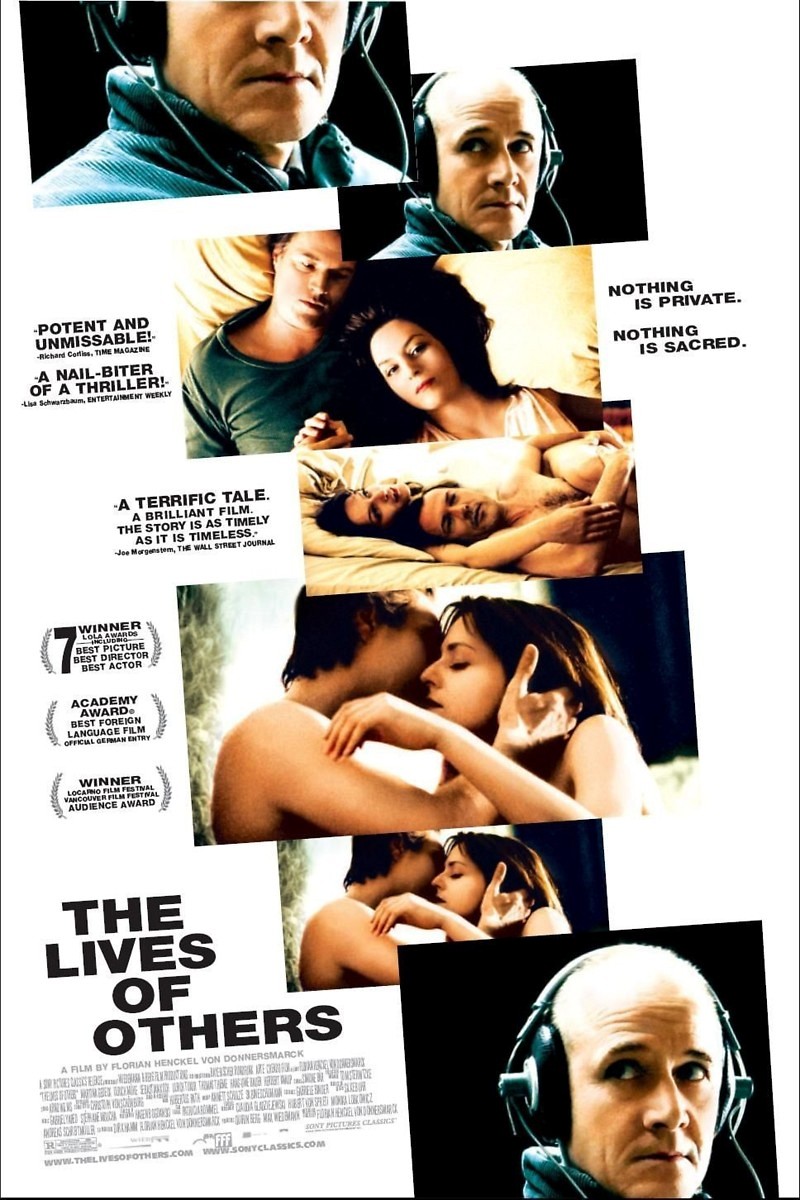 DVD: The Lives of Others DVD release date is set for August 21, 2007. Dates do change so check back often as the release approaches.

Blu-ray: The Lives of Others Blu-ray will be available the same day as the DVD. Blu-ray and DVD releases are typically released around 12-16 weeks after the theatrical premiere.

Digital: The Lives of Others digital release from Amazon Video and iTunes will be available 1-2 weeks before the Blu-ray, DVD, and 4K releases. The estimate release date is August 2007. We will update this page with more details as they become available. The movie has been out for around since its theatrical release.

The Lives of Others stars Martina Gedeck, Ulrich Mühe, Sebastian Koch, Ulrich Tukur, Thomas Thieme. View everything you need to know about the movie below.

The pride of East Germany’s Stasi secret police, Gerd Wiesler’s legendary efficiency is put to use once more when his superiors order him to surveil the apartment of playwright Georg Dreyman and his beautiful girlfriend Christa-Maria. As he listens to the couple’s daily life, Wiesler becomes overly involved in their private affairs. When he discovers that a high-ranking official ordered the surveillance so he could steal Christa-Maria away from Dreyman, Wiesler secretly begins to help the couple. However, Dreyman begins to engage in subversive activities, and Wiesler must put his career on the line to save him.

The Lives of Others DVD/Blu-ray is rated R. R stands for ‘Restricted’, which means children under 17 require accompanying parent or adult guardian. The movie contains some adult material and parents are urged to learn more about the movie.

The movie currently has a 8.5 out of 10 IMDb rating and 89 Metascore on Metacritic. We will continue to add and update review scores.