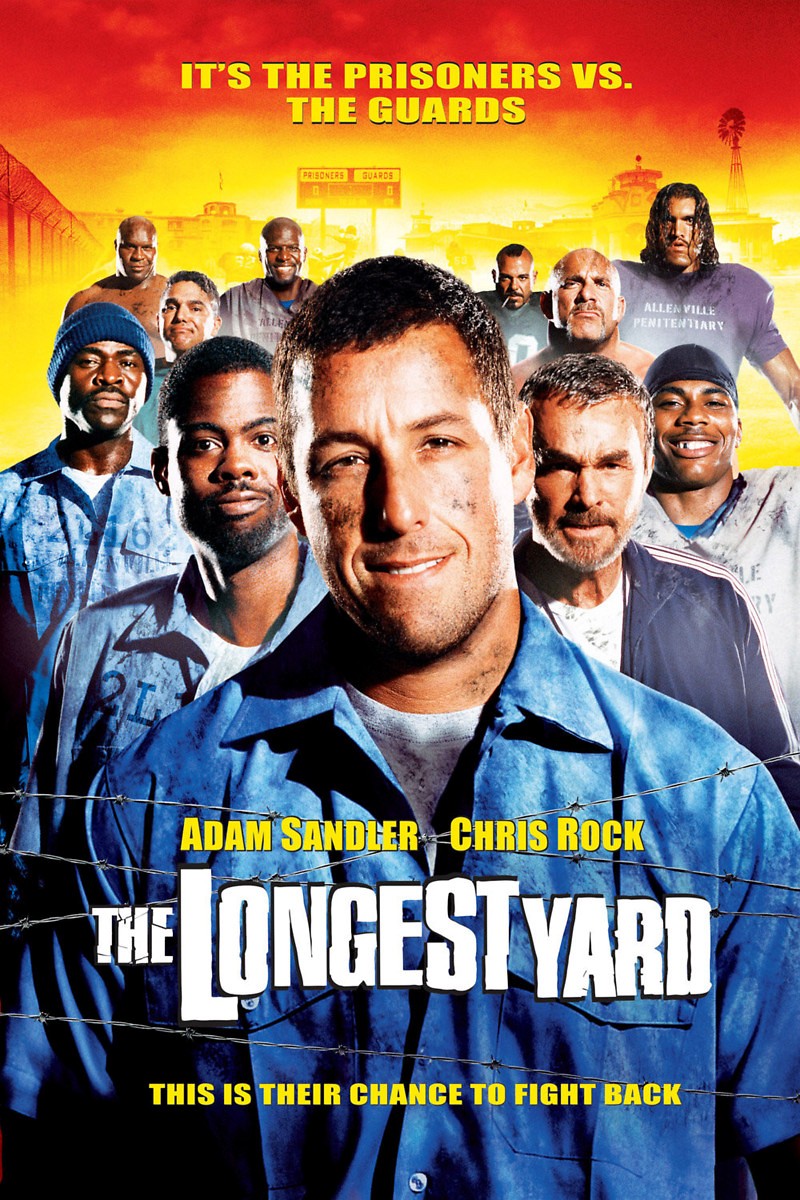 DVD: The Longest Yard DVD release date is set for September 20, 2005. Dates do change so check back often as the release approaches.

Blu-ray: The Longest Yard Blu-ray will be available the same day as the DVD. Blu-ray and DVD releases are typically released around 12-16 weeks after the theatrical premiere.

Digital: The Longest Yard digital release from Amazon Video and iTunes will be available 1-2 weeks before the Blu-ray, DVD, and 4K releases. The estimate release date is September 2005. We will update this page with more details as they become available. The movie has been out for around since its theatrical release.

The Longest Yard stars Adam Sandler, Chris Rock, Burt Reynolds, Nelly, Michael Irvin. View everything you need to know about the movie below.

Paul was once a star football player back in his time, but a very messy drunk driving incident lands him in prison where he will spend the next few years of his life. Prison life turns out to be very dull and boring until Paul decides to form a football team of his own inside prison walls. He needs to get a number of players to join forces because his ultimate plan is to have a game between the prisoners and the guards. The Longest Yard is a comedy movie that keeps movie-goers on the edge of their seats because of the fun laughs and interesting scenarios that are thrown into it. It’s not apparent who is going to win that final football game between the two teams.

The Longest Yard DVD/Blu-ray is rated PG-13. Parents are urged to be cautious. Some material may be inappropriate for pre-teenagers (under 13).

The movie currently has a 6.2 out of 10 IMDb rating and 48 Metascore on Metacritic. We will continue to add and update review scores.