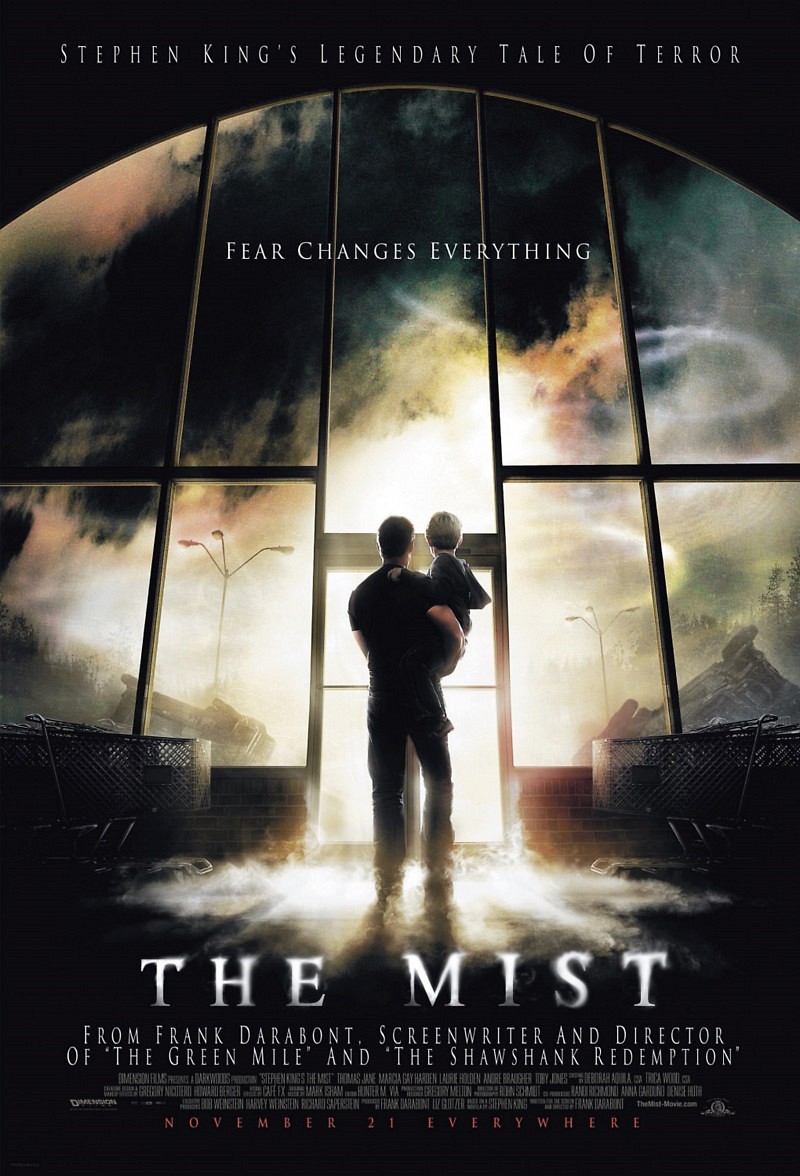 DVD: The Mist DVD release date is set for March 25, 2008. Dates do change so check back often as the release approaches.

Blu-ray: The Mist Blu-ray will be available the same day as the DVD. Blu-ray and DVD releases are typically released around 12-16 weeks after the theatrical premiere.

Digital: The Mist digital release from Amazon Video and iTunes will be available 1-2 weeks before the Blu-ray, DVD, and 4K releases. The estimate release date is March 2008. We will update this page with more details as they become available. The movie has been out for around since its theatrical release.

When a storm sweeps through the town at the center of The Mist, David makes the decision to go into town for supplies with his young son and his neighbor Brent. Planning to quickly get in and out of the local grocery store, they find themselves stuck there as a strange mist descends on the town. The longer they spend in the store with their friends and neighbors, the more they realize that there is something strange about that mist. As tentacles come through the fog, they hear the screams of those who dared to venture outside. When Mrs. Carmody forms a mob of people who believe that God sent the mist, David must do whatever it takes to survive and ensure the survival of his son.

The Mist DVD/Blu-ray is rated R. R stands for ‘Restricted’, which means children under 17 require accompanying parent or adult guardian. The movie contains some adult material and parents are urged to learn more about the movie.

The movie currently has a 7.4 out of 10 IMDb rating and 58 Metascore on Metacritic. We will continue to add and update review scores.