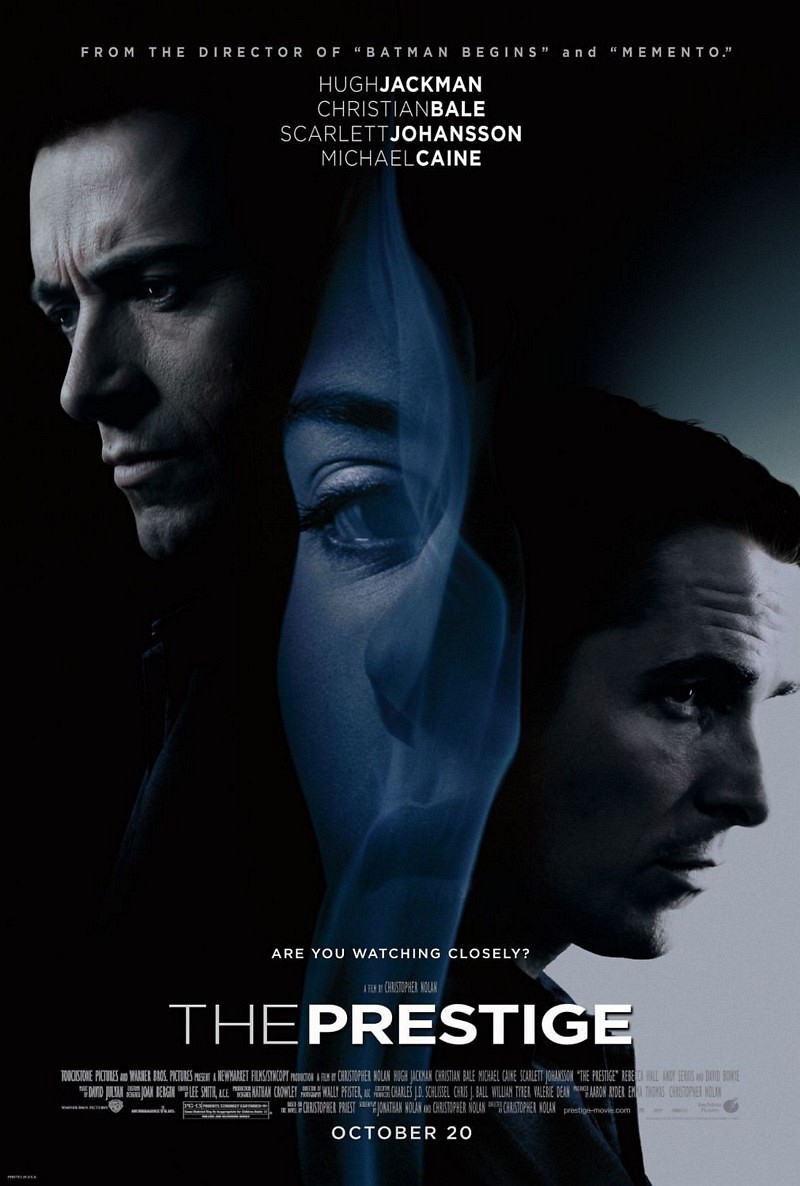 DVD: The Prestige DVD release date is set for February 20, 2007. Dates do change so check back often as the release approaches.

Blu-ray: The Prestige Blu-ray will be available the same day as the DVD. Blu-ray and DVD releases are typically released around 12-16 weeks after the theatrical premiere.

Digital: The Prestige digital release from Amazon Video and iTunes will be available 1-2 weeks before the Blu-ray, DVD, and 4K releases. The estimate release date is February 2007. We will update this page with more details as they become available. The movie has been out for around since its theatrical release.

The Prestige stars Hugh Jackman, Christian Bale, Michael Caine, Piper Perabo, Rebecca Hall. View everything you need to know about the movie below.

When Robert Angier loses his wife, Julia, due to an accident in a magic show, he blames his friend and fellow magician, Alfred Borden. Bitter enemies and now rival magicians, they set out to ruin each others careers by sabotaging their shows. When Alfred creates a new successful trick, Robert is determined to reveal how it is done, no matter what the cost. Unfortunately, it jeopardizes the lives of everyone around them, with tragic consequences.

The Prestige DVD/Blu-ray is rated PG-13. Parents are urged to be cautious. Some material may be inappropriate for pre-teenagers (under 13).

The movie currently has a 8.4 out of 10 IMDb rating and 66 Metascore on Metacritic. We will continue to add and update review scores.