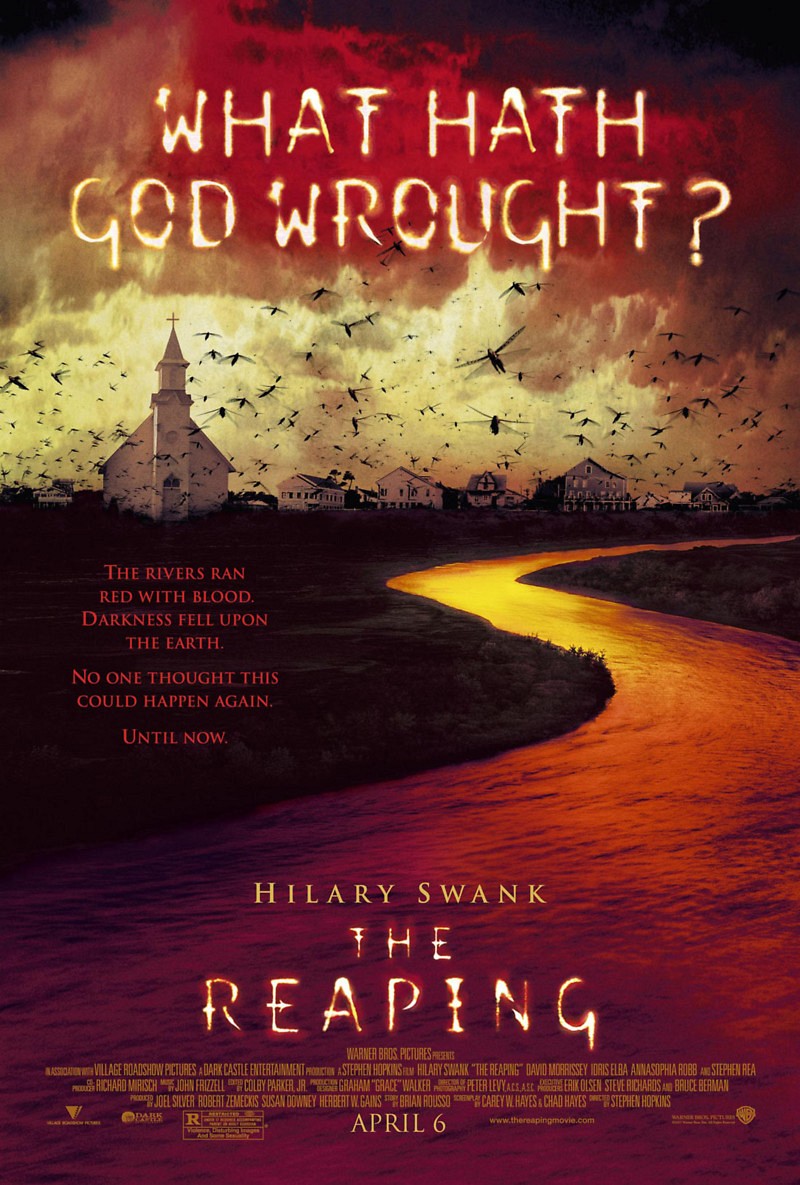 DVD: The Reaping DVD release date is set for October 16, 2007. Dates do change so check back often as the release approaches.

Blu-ray: The Reaping Blu-ray will be available the same day as the DVD. Blu-ray and DVD releases are typically released around 12-16 weeks after the theatrical premiere.

Digital: The Reaping digital release from Amazon Video and iTunes will be available 1-2 weeks before the Blu-ray, DVD, and 4K releases. The estimate release date is October 2007. We will update this page with more details as they become available. The movie has been out for around since its theatrical release.

The Reaping stars Hilary Swank, David Morrissey, Idris Elba, AnnaSophia Robb, Stephen Rea. View everything you need to know about the movie below.

A town named Haven is under assault from apparent higher powers when a series of incidents seem to represent to 10 biblical plagues. Located in the midst of Louisianas Bible belt, a former Christian missionary (Katharine Winter) seeks to debunk the phenomena as natural, logical, and unrelated to ancient prophecies. Katharine has deep-seated demons that viewers discover quickly, beginning with the deaths of her husband and little girl  both of which were sacrificed to a Sudanese God when they were blamed for the long-standing drought. With bitterness and arrogance, Ms. Winter meets the townspeople, insisting the death of a local child was merely an accidental tragedy, and the resulting blood-red river was coincidence. As more plagues come to be fulfilled, Katharine realizes she may be up against something that cannot be explained through science. Something that has been around for centuries, warning believers with the pages from a sacred book.

The Reaping DVD/Blu-ray is rated R. R stands for ‘Restricted’, which means children under 17 require accompanying parent or adult guardian. The movie contains some adult material and parents are urged to learn more about the movie.

The movie currently has a 5.6 out of 10 IMDb rating and 36 Metascore on Metacritic. We will continue to add and update review scores.