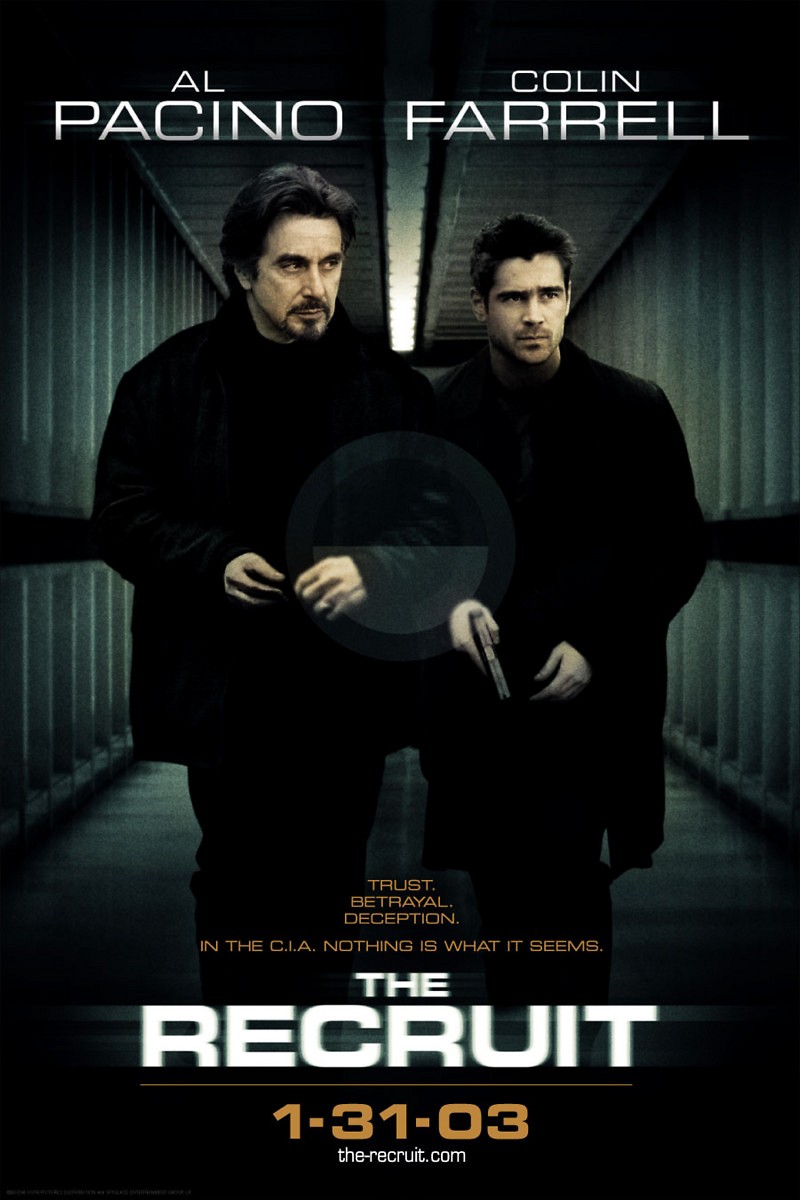 DVD: The Recruit DVD release date is set for May 27, 2003. Dates do change so check back often as the release approaches.

Blu-ray: The Recruit Blu-ray will be available the same day as the DVD. Blu-ray and DVD releases are typically released around 12-16 weeks after the theatrical premiere.

Digital: The Recruit digital release from Amazon Video and iTunes will be available 1-2 weeks before the Blu-ray, DVD, and 4K releases. The estimate release date is May 2003. We will update this page with more details as they become available. The movie has been out for around since its theatrical release.

The Recruit stars Al Pacino, Colin Farrell, Bridget Moynahan, Gabriel Macht, Kenneth Mitchell. View everything you need to know about the movie below.

Top CIA recruit, James Clayton, is noticed by veteran Walter Burke, who then mentors Clayton through the training process. After helping Clayton climb up the ladder at the agency, Burke has a special mission for the agent. He must find a mole that has somehow gotten into the agency. As he digs through the agency to find the mole, Clayton finds that things aren’t always how they look and trusting the wrong person can get you killed.

The Recruit DVD/Blu-ray is rated PG-13. Parents are urged to be cautious. Some material may be inappropriate for pre-teenagers (under 13).

The movie currently has a 6.5 out of 10 IMDb rating and 56 Metascore on Metacritic. We will continue to add and update review scores.