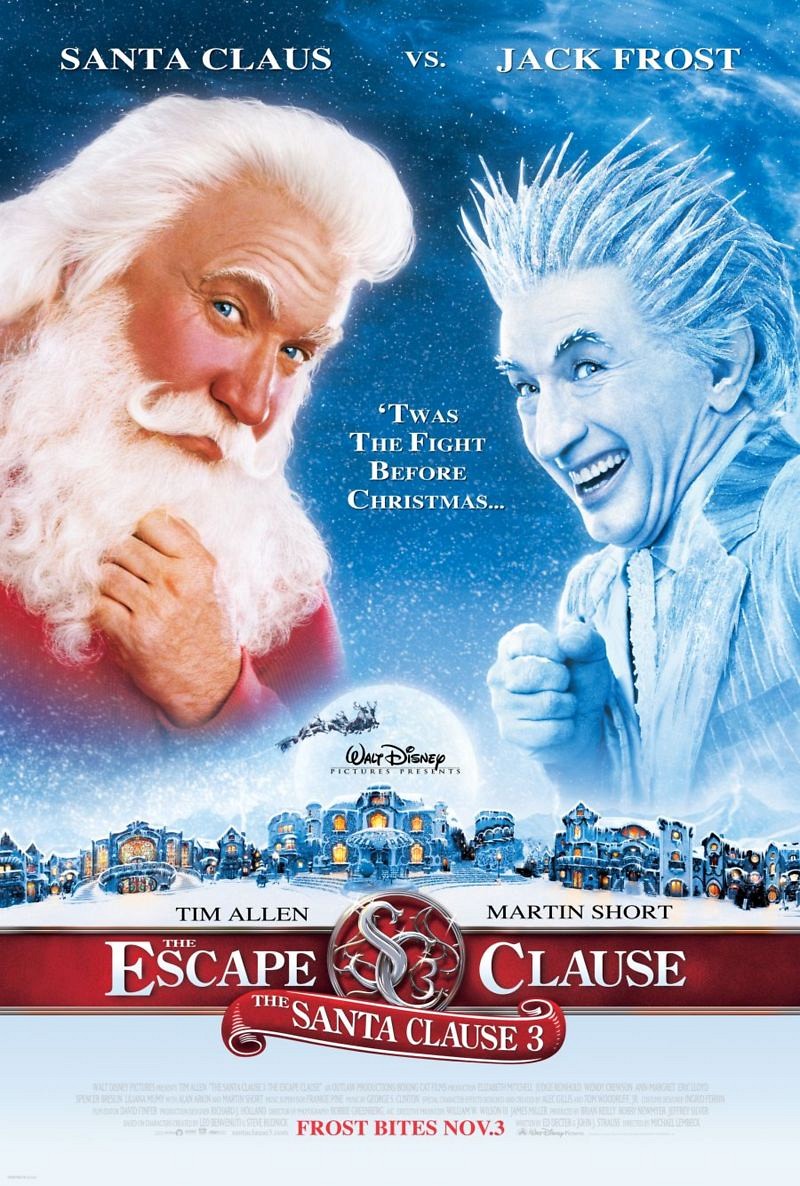 DVD: The Santa Clause 3: The Escape Clause DVD release date is set for November 20, 2007. Dates do change so check back often as the release approaches.

Blu-ray: The Santa Clause 3: The Escape Clause Blu-ray will be available the same day as the DVD. Blu-ray and DVD releases are typically released around 12-16 weeks after the theatrical premiere.

Digital: The Santa Clause 3: The Escape Clause digital release from Amazon Video and iTunes will be available 1-2 weeks before the Blu-ray, DVD, and 4K releases. The estimate release date is November 2007. We will update this page with more details as they become available. The movie has been out for around since its theatrical release.

Scott Calvin and his pregnant Mrs. Claus invite her parents and Scott’s family for Christmas, pretending that he isn’t Santa. Meanwhile, Jack Frost is getting jealous of Santa’s holiday, and during the visit, tricks Santa into activating The Escape Clause, by saying “I wish I’d never been Santa at all” into a magical snow globe that snaps them back to 1994 where Scott first became St. Nick. Jack Frost grabs the suit, and thus ensues a terrible reality in which Christmas is ruined and Scott and his family are unbearably unhappy. Scott gets to the North Pole in time to take him and Jack back to 1994, where he restrains the villain so that the past can be made good again. After all of this adventure, Jack pays the consequences, and Scott tells his in-laws who he really is.

The Santa Clause 3: The Escape Clause DVD/Blu-ray is rated G. G rating means all ages are admitted. The material will not offend parents for viewing by children.

The movie currently has a 4.1 out of 10 IMDb rating and 32 Metascore on Metacritic. We will continue to add and update review scores.