DVD Release Dates Uncategorized The Squid and the Whale 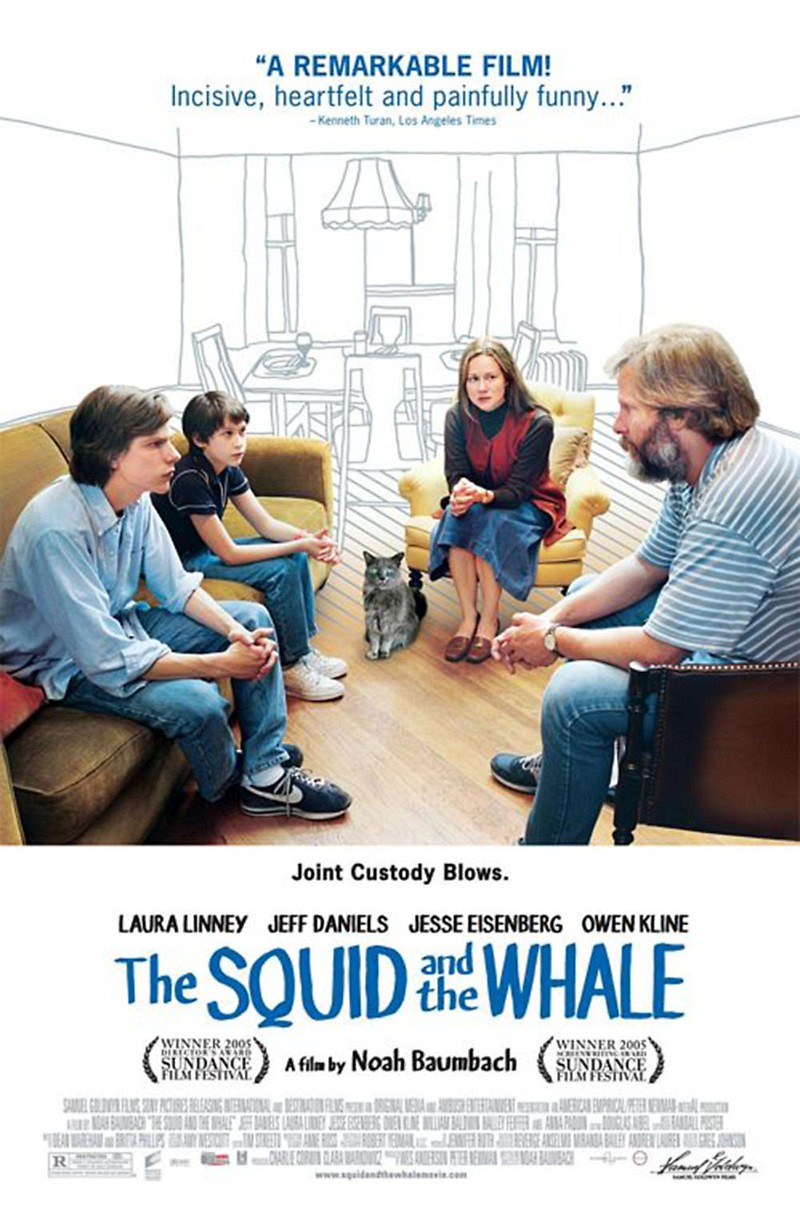 DVD: The Squid and the Whale DVD release date is set for March 21, 2006. Dates do change so check back often as the release approaches.

Blu-ray: The Squid and the Whale Blu-ray will be available the same day as the DVD. Blu-ray and DVD releases are typically released around 12-16 weeks after the theatrical premiere.

Digital: The Squid and the Whale digital release from Amazon Video and iTunes will be available 1-2 weeks before the Blu-ray, DVD, and 4K releases. The estimate release date is March 2006. We will update this page with more details as they become available. The movie has been out for around since its theatrical release.

The Squid and the Whale stars Owen Kline, Jeff Daniels, Laura Linney, Jesse Eisenberg, William Baldwin. View everything you need to know about the movie below.

The marriage of novelists Bernard and Joan Berkman is breaking up, and the rise of Joan’s career coinciding with the decline of Bernard’s only adds to the tension. The couple’s two sons, Walt and Frank, who are 16 and 12, take the news of their parents’ impending divorce badly. Things only get worse when one of Bernard’s students moves in with him and Joan starts dating a tennis instructor. The boys divide their loyalties with Walt supporting his father and Frank his mother. Eventually, Walt becomes so distressed that he begins seeing a psychologist and realizes the extent of his father’s selfishness and that it has actually been his mother who has been the main force of stability and love in his life.

The Squid and the Whale DVD/Blu-ray is rated R. R stands for ‘Restricted’, which means children under 17 require accompanying parent or adult guardian. The movie contains some adult material and parents are urged to learn more about the movie.

The movie currently has a 7.6 out of 10 IMDb rating and 82 Metascore on Metacritic. We will continue to add and update review scores.