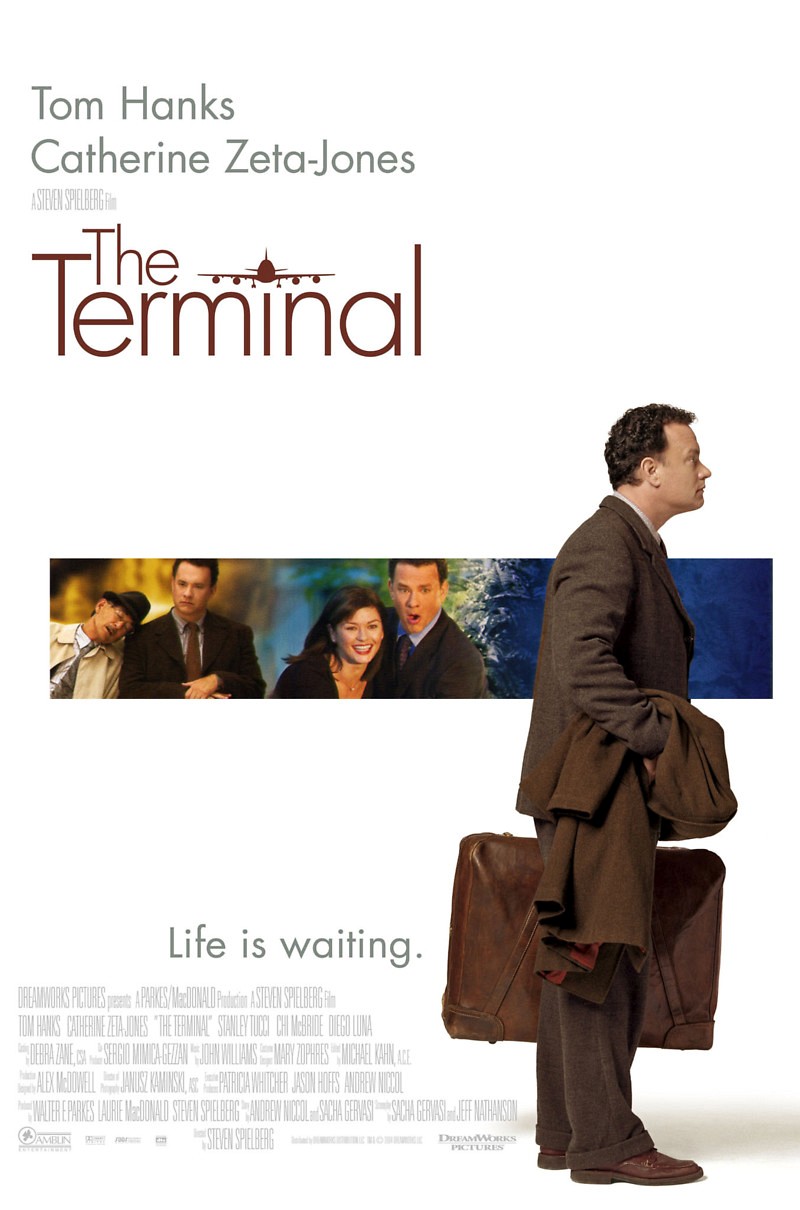 DVD: The Terminal DVD release date is set for November 23, 2004. Dates do change so check back often as the release approaches.

Blu-ray: The Terminal Blu-ray will be available the same day as the DVD. Blu-ray and DVD releases are typically released around 12-16 weeks after the theatrical premiere.

Digital: The Terminal digital release from Amazon Video and iTunes will be available 1-2 weeks before the Blu-ray, DVD, and 4K releases. The estimate release date is November 2004. We will update this page with more details as they become available. The movie has been out for around since its theatrical release.

The Terminal stars Tom Hanks, Catherine Zeta-Jones, Stanley Tucci, Chi McBride, Diego Luna. View everything you need to know about the movie below.

Viktor Navorski is an eastern European traveler who has just arrived at New York’s JFK Airport. Just before his arrival, Viktor’s home country has been overthrown in turmoil and is no longer recognized by the United States as an official country. As a result, Viktor is denied entry into the United States and all air travel to his home country has been halted. Therefore, he has no choice but to take up temporary residence in JFK’s terminal. Although Viktor speaks very poor English, he manages to make friends with airport employees and even fall in love with a United Airlines flight attendant who frequently travels through the airport.

The Terminal DVD/Blu-ray is rated PG-13. Parents are urged to be cautious. Some material may be inappropriate for pre-teenagers (under 13).

The movie currently has a 7.1 out of 10 IMDb rating and 55 Metascore on Metacritic. We will continue to add and update review scores.