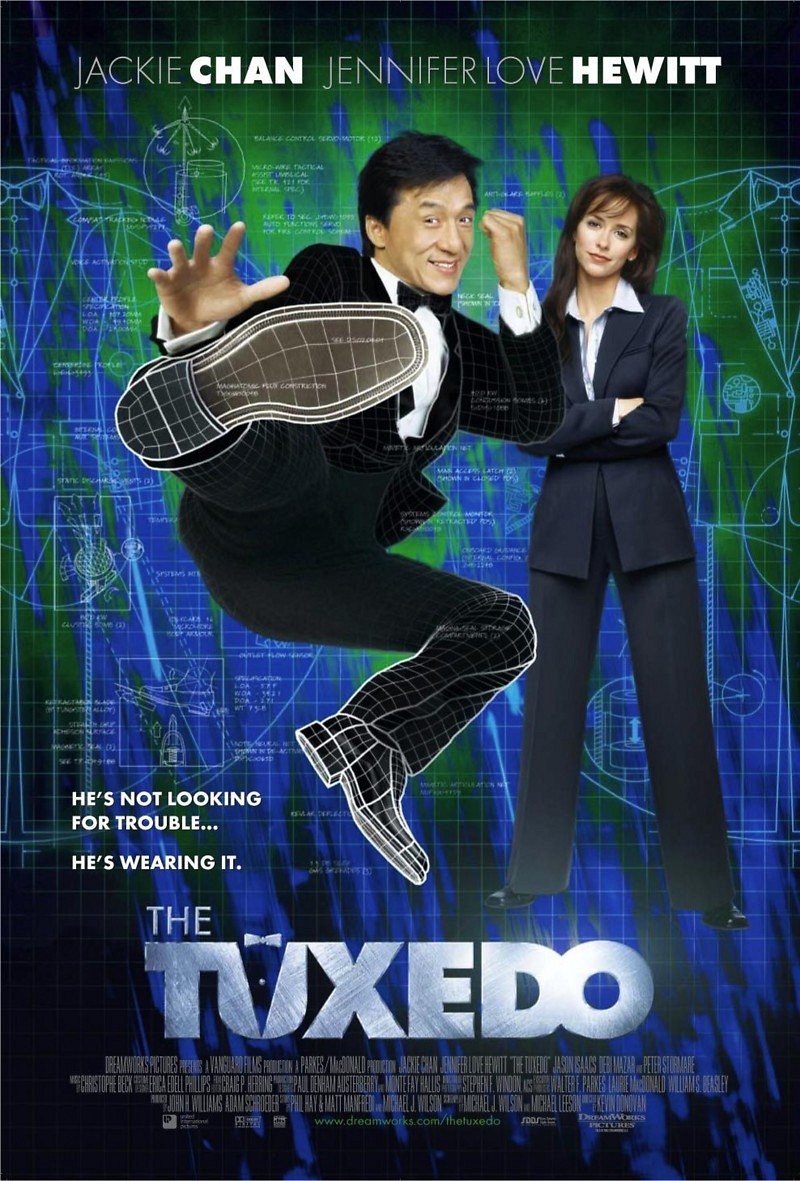 DVD: The Tuxedo DVD release date is set for February 25, 2003. Dates do change so check back often as the release approaches.

Blu-ray: The Tuxedo Blu-ray will be available the same day as the DVD. Blu-ray and DVD releases are typically released around 12-16 weeks after the theatrical premiere.

Digital: The Tuxedo digital release from Amazon Video and iTunes will be available 1-2 weeks before the Blu-ray, DVD, and 4K releases. The estimate release date is February 2003. We will update this page with more details as they become available. The movie has been out for around since its theatrical release.

When millionaire spy Clark Devlin is put into the hospital by his bumbling chauffeur Jimmy Tong, only his gadget-laden tuxedo can save the day as Tong jumps headfirst into the world of espionage with little more experience than his unlikely partner, the beautiful and brilliant Del Blaine. After a rocky start, the two attempt to thwart the evil genius Dietrich Banning with a combination of Blaine’s genius and Tong’s state-of-the-art tuxedo he can only begin to understand.

The Tuxedo DVD/Blu-ray is rated PG-13. Parents are urged to be cautious. Some material may be inappropriate for pre-teenagers (under 13).

The movie currently has a 5 out of 10 IMDb rating and 30 Metascore on Metacritic. We will continue to add and update review scores.