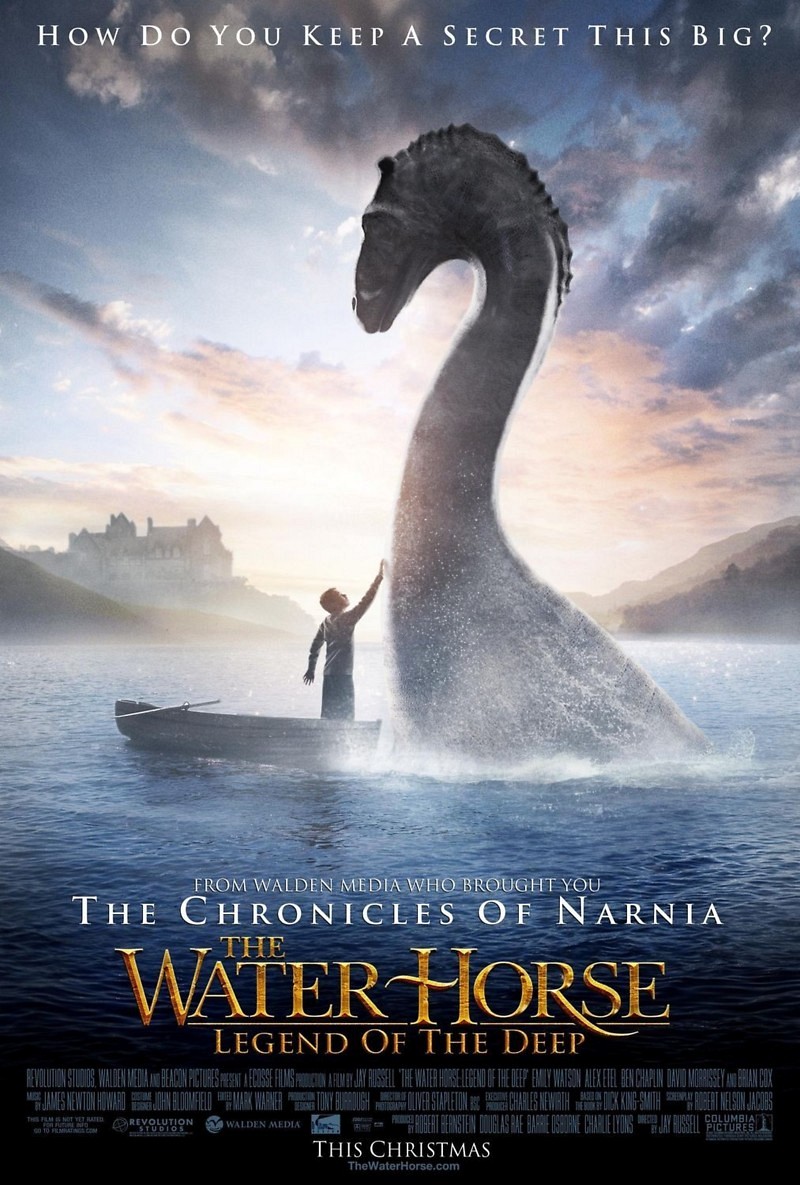 DVD: The Water Horse DVD release date is set for April 8, 2008. Dates do change so check back often as the release approaches.

Blu-ray: The Water Horse Blu-ray will be available the same day as the DVD. Blu-ray and DVD releases are typically released around 12-16 weeks after the theatrical premiere.

Digital: The Water Horse digital release from Amazon Video and iTunes will be available 1-2 weeks before the Blu-ray, DVD, and 4K releases. The estimate release date is March 2008. We will update this page with more details as they become available. The movie has been out for around since its theatrical release.

When a lonely boy discovers what appears to be a strange and large egg on the banks of the loch, he brings it home to investigate further. Nothing could possibly prepare the young boy for what lies within that odd egg. A little creature emerges and while growing at a rate of ten times a day and eating everything in sight the rapidly growing new pet can’t seem to keep out of trouble. Growing larger so quickly, and finding mischief around every turn begins to make keeping his new friend a secret more and more difficult for the boy as time passes. Set in 1940’s Scotland during the war, this wonderfully told family movie is a must see for all.

The movie currently has a 6.6 out of 10 IMDb rating and 71 Metascore on Metacritic. We will continue to add and update review scores.